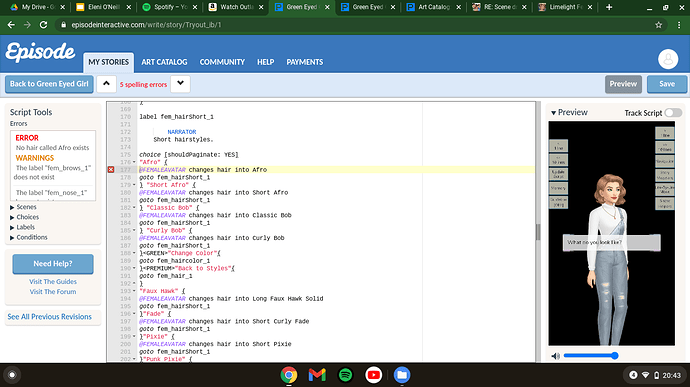 Why does it say afro is not a hairstyle when it is?

By then it should be fixed, change @FEMALEAVATAR to the character’s name @INPUTNAMEHERE

Oh thank you, I was going to do that next. I didn’t know that would effect the hairstyles.
Thank you!!

if you done know how to change the name

its actually not efecting the hairstyles but sometimes scripf evaluates mistakes wrong way for some reason. And this is one of them… I guess irs because you do not have character named FEMALEAVATAR. So the script doestn know if it should be male or female and therefore it doesnt know if the hairstyle will work for that character. But of cause it would be more logical if the error would be just that you do not have that character created.

Yeah exactly, that’s probably what it was