The title pretty much sums it up. I simply cannot find the Sailor Outfit Shirt and Sailor Outfit Tank in the Outfits section. I even took the liberty of checking out the [Limelight] Alt-ish thread and read the list… but it seems the two items are no longer there.

Here’s a screenshot of all the released items for Generic Female that was taken that day: 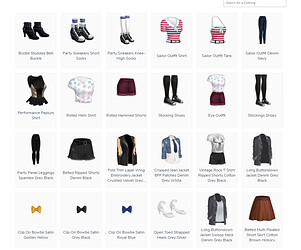 And here’s a screenshot of the Outfits section as it looks right now: 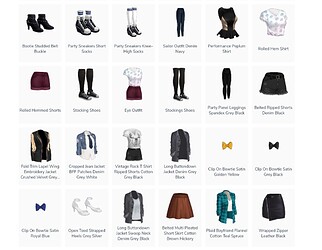 So what happened? Am I the only one having this problem, or did I miss something?

No it got removed but I forget why

They removed them because of bugs. They replaced it with a dress.

Do you like the dress that they replaced with sailor top?

Small update all: Our team found critical issues with the two sailor tops we released this week, and had to remove them for fixes. As an apology for the inconvenience, we’ve released Sailor Tied Sun Dress Cotton White Navy, to tide you over.

Wow, thanks for the info! I’m glad to know they’re looking into it to fix them and that they won’t simply remove them forever

I mean I do but if you go to the thread a lot of people weren’t. I love the tops and the dress. It is unfortunate that they had to be removed because so many people loved them.

Ok thanks for your opinion, I think the dress is good but I prefer the tops beacuse they look much prettier.

Yeah, I can understand that, they’re really nice. I’m just relieved they didn’t say something like “hey guys, turns out those two items are kinda buggy, so we’ll just remove them and you’ll never be able to use them in your stories. ever. so yeah haha sucks for you, anyways byyyyeee”

“hey guys, turns out those two items are kinda buggy, so we’ll just remove them and you’ll never be able to use them in your stories. ever. so yeah haha sucks for you, anyways byyyyeee”

Yeah, I had a idea to use them for but that is obviously scrapped unless they re-release them. I really did love those tops but if they have to remove them because of bugs then I understand. I mean no one wants buggy clothes or whatever was wrong with them. I am glad they at least gave us a substitute for it. It could of been because I heard they were from PLL which was in a unreleased style that was a hybrid of LL and INK (correct me if I am wrong). And in Liz’s post about INK she said clothes in the hybrid would never be able to go on LL or INK characters but maybe they have tried to adapt it. That or I am running away with this theory.

We do have other clothes from PLL that work fine so I could be very wrong.

Moved to Creator’s Corner since this is not a bug. Make sure to check out our Forum Tutorial for more info about creating topics, and feel free to PM me if you’ve got questions.