Hey! I’m looking for the following:

My Story -
Title: LGBTQ+ Short Story: Safe Space
Author: Aralina (me)
Length: 3 Chapters
Style: Ink
Description: Why would you accept yourself if everyone tells you not to? Sometimes all you need is a singular safe space.
I’m also looking for feedback on the storyline, so if you could provide some after you’ve finished reading that would be much appreciated.

(I wrote this on Mobile Creator while my computer was down, so some of the directing unfortunately can’t be helped.)

Would you like to do a read for read?
I don’t mind giving feedback.
Title: Bad Behavior
Author: Aaliyah Ali
Genre: Drama
Episodes: 5 (more to come)
Summary: How will Alana, Lucas, Ryan, and Rachel survive their past and conquer their future…
If bad behavior follows them everywhere they go?
cc, and choices available!
Style: Limelight
Link: http://episodeinteractive.com/s/5778189056540672

i dont really know any stories with that in them. well except for silent voice

well I am 3 read away for hitting 100 reads yay

The Best Stories Are Worth Sharing: retrace 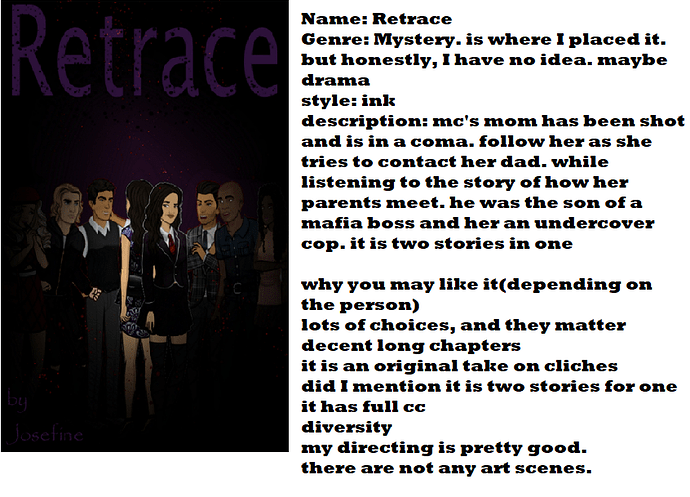 I’d love to do a read for read!

Let me know if you want feedback as well.

I’ll definitely add your story to the list! Congratulations on (almost) 100 reads. Let me know if you want feedback. 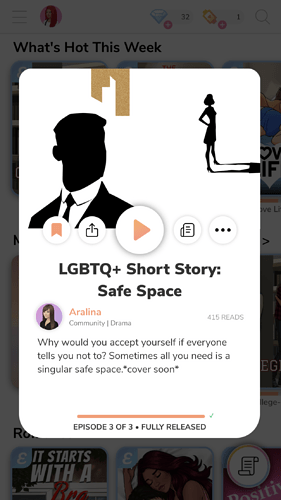 Nice story. I felt bad for the mc, I will continue reading episode 3 in a little bit.

This felt like this was written from experience… I hope it wasn’t… And if it was… If you need someone to talk too, my Pms are open.

Story: Sorry, Wrong Number
Genre: Thriller
Summary: “And that’s how we’ll get rid of the body. Sorry, wrong number.”
When a text is sent to the wrong person, it leads to a race against time to prevent a murder. TEXT BASED
Link: http://episodeinteractive.com/s/5933958626344960