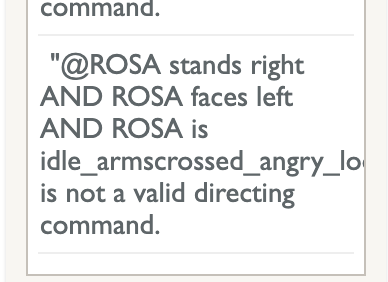 Ok thx will do 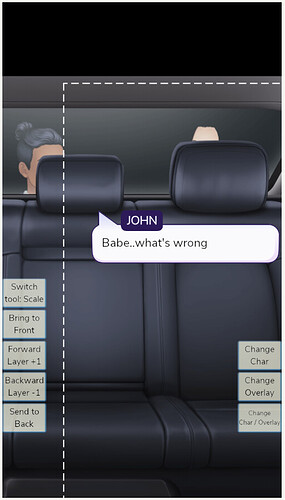 You probably didn’t type in the command correctly.

The number 10 can be interchanged with any layer that is above the car seat layer. Repeat this command with the rest of the characters in that scene. If you have no idea what the heck I am talking about, you should probably watch a tutorial on how layers work.

Apologies if I have accidentally tagged a John in my reply.

You need to move the overlay layer

How? um do you have an example?
Sry im new to episode a bit

To move an overlay, type in:

Replace ‘OVERLAYNAME’ with the name of the car seat overlay, and ‘LAYERNUMBER’ to a layer below your characters.
Your script should turn out something like this:

I can see that you are new to Episode. I suggest watching advanced tutorials to get a better understanding of the commands we are providing you with.

I agree with @RobinWrites , since you are coding in limelight I suggest you watch Joseph Evan’s tutorials, episode notes, Mary D Sava on YouTube and if you have Instagram there are episode groups who have posts on directing help