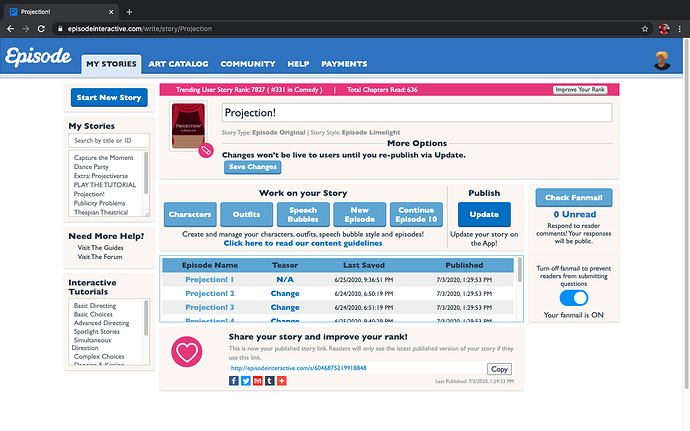 But there are a lot of chances that It’s a glich. Because Episode is full of gliches

I think (and hope) it’s a glitch. I’ve had people not finish a chapter before, and it didn’t do anything at all.

I know, but normally, the portal updates before the app (at least for me).

for me the views on both the app and portal update then after some time the number of reads changes to that number (or as soon as I get more views, # of reads changes into the # that was for views) I feel like this is confusing to read. Let me know if I confused you lol