Hello everyone! I know the contest was just announced, but I figured better to get this thread open since I already have my title ready

This thread is meant to be a promotion thread so people can easily find your entries! Once your story is published, feel free to share the link also so I can add it to this list

Please share your story and your episode author name and I’ll make a list! The story doesn’t have to be published yet.
Here’s mine (unpublished)

List:
Reveal: Pageantry - by Novialia
Reveal: Not Your Girl by Larina
Reveal: Downfall - by Smile
Reveal: A Driven Duty - by depressionable
Reveal: Idee Fixe - by Medusa Jett
Reveal: To Be Powerful - by Tamaraa
Reveal: The Privileged Prestige - by Abinaya
Reveal: The Bachelor in Apartment 4B - by Hollywood
Reveal: A Captain’s Tale - by Alana Frazer
Reveal: The Child of Aphrodite - by Mel J.
Reveal: All The Stars - by Baleigh
Reveal: The 50k Bounty - by Josie Jackson
Reveal: Lost - by Celestial Night
Reveal: Secrets of The Solar System - by Cici and Shrinking Violet
Reveal: Sealed with a Kiss - by Tsukino
Reveal: Goddess of Nothing - by Calliope
Reveal: The Unknown - by Michele
Reveal: The Soul Linker - by Cyn
Reveal: Without an Evidence - by Jenna G
Reveal: 7 Days Left - by Mnemosyne Sartori
Reveal: Sin City - by Architha Sriram
Reveal: Lonely Together - by as.epistories
Reveal: Letters - by Amber W
Reveal: The Side I Never Knew - by Amanda Candies
Reveal: Edify - by Doni
Reveal: From Ashes - by Youngbl00d
Reveal: Demons Run - by E.M.E
Reveal: Autumn Cruz isn’t Dead - by Grey_Writes
Reveal: The Confidant - by GenesisEbony
Reveal: Murphy’s law - by MatchaTae
Reveal: Summer of 85 - by Patricia C
Reveal : love vs friendship - by nisha1
Reveal: Your Firefly - by Soph
Reveal: Not So Super - by May I Write
Reveal: Iridescent - by Aquabelle and jojomyoung890954
Reveal: Heiress of Blue Waters - Goddess Studios
Reveal: Blood Link - by Ems
Reveal: Timeline - by MitsuKi
Reveal: ATOMIC-X - by YoursTruly
Reveal: Twisted prophecy - by Jordan…writes
Reveal: The Secret Stash - by Rogue Bella
Reveal: Sky of Love - by DIA
Reveal: Coffee Beans - by Geordan H.
Reveal: For our Family - by Maris
Reveal: Slight of Hand - by Tal Zen
Reveal: Hunter Moon - by Agatya
Reveal: Who’s Watching Me? - by Sinead O’neill
Reveal: The Intuition’s Calling - by pikachu.episode
Reveal: The Twist of Fate - by princess
Reveal: Slightly Royal - by xxjustlivexx
Reveal: Out of Control - by @Atlantis5 (please tell me your author name in the app)
Reveal: Barely Human - by Menia
Reveal: The Lost Planet - by Aqua Mizu
Reveal: Veil of Darkness - by Marjolein
Reveal: The Pendulum - by @Jane_Vent and @authorcecekaye (please tell me your author names in the app)
Reveal: Unkissable - by MK
Reveal: Altered - by Shellos

All blue links lead directly to the stories!
Please tell me if I misspell anything or if I put the wrong link with your post

Is your story out yet ?

Have you already published your story ?

oh no, I doubt anyone would have their story ready yet since the contest was JUST announced

Oh ok, I was kinda shocked too, I’m like these people publish and code at lightning speed, lol.

Nope! I’m just posting my unpublished story here. It’s mainly to let the word out and get things out early.

I’ve heard someone plans on finishing their story by next week, so maybe it’s possible?

Can you both tag me when your story is out, btw ?
PLEASEEE🥺

Reveal: Not Your Girl by Larina

And no ma story isn’t out yet haha

I can’t wait to read all of your stories!

Reveal: For Our Family 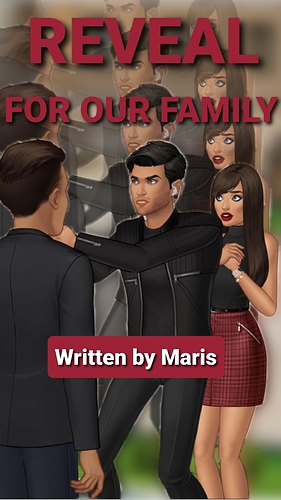 Still tentative, but I’m planning on going through with it. This will most likely be the cover. 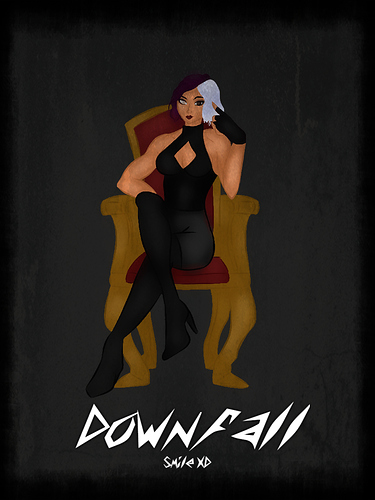 My story isn’t out yet, but I wish you can read it when it’s out! Thanks!

Hey
@Nat.Alia and @areyouaqueen !
Can you please tell me what your name is in the app? Thanks!

On the app, my name is Smile XD . Thanks!

Here’s mine! (May change in the future