I’ve been working on this for hours. If I don’t slide my guy character, he won’t stay in the coordinates when they are holding hands.

The issue is he won’t stay rear when sliding. 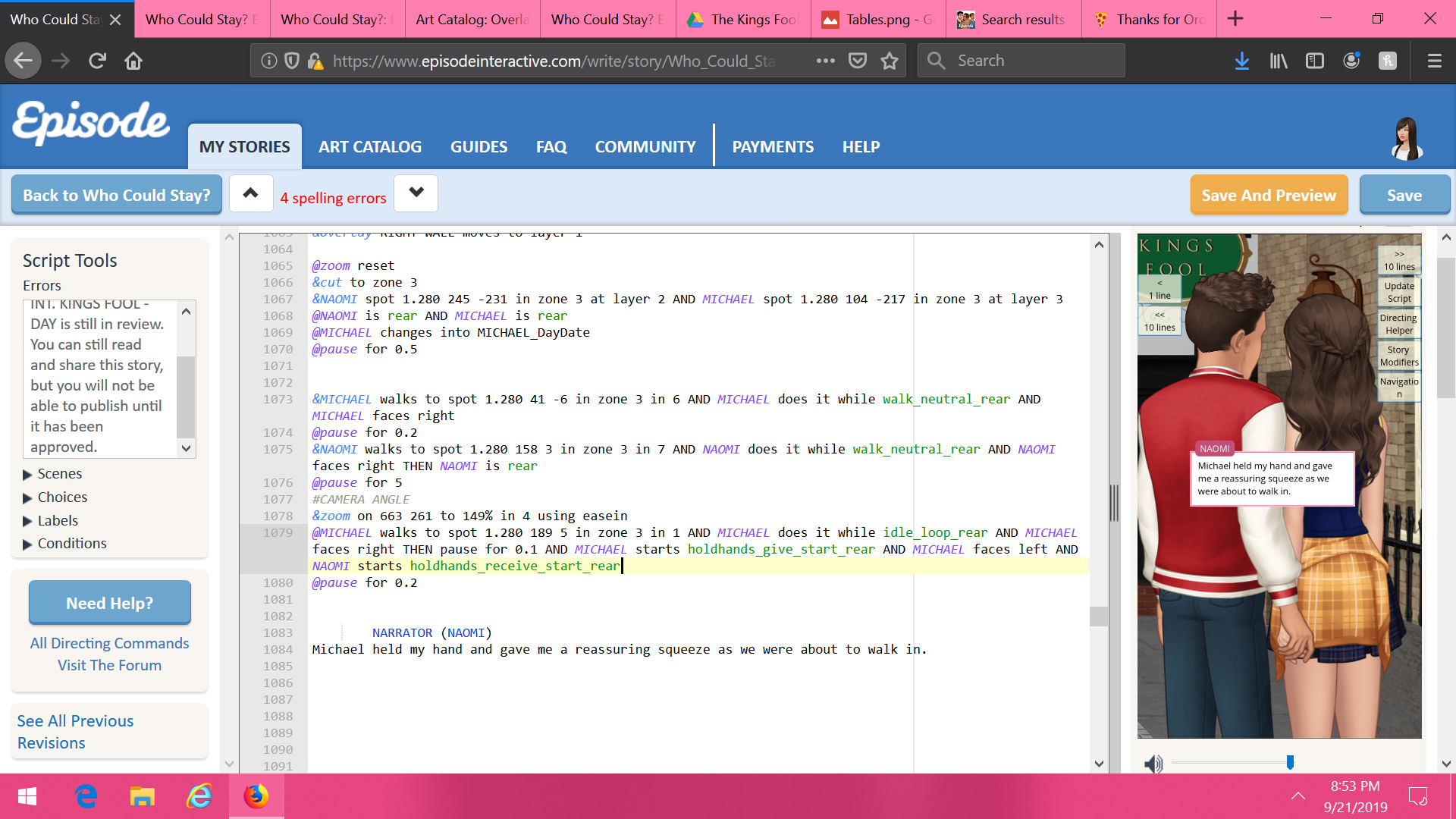 Hmmm… You mean he faces the camera while he’s sliding?

I reproduced this line of code in a test story, and the character slid while facing rear.

Yeah he slides facing rear, but then for a brief moment he faces the camera.

Ahhh. Yeah, as Dara said, he needs a “then” command right after he lands. The pause makes him return to idle the moment he stops “walking” (sliding).

So you’ve gotta either remove the pause or give him a “then” right before the pause.

And I’ve tried adding a “then”.

I just tested your coding without the pause for 0.1 and it works perfectly fine. Can you copy and paste that line of coding here exactly how you have it now in your script?

I am looking at the correct line, right? I still can’t reproduce the error (even with the pause there). The slide looks very awkward when I do it is all.

Sure, this is what I have:

Yeah, the slide does look awkward, I’m not sure how to fix that either. Maybe make him walk further behind her, so when he slides it’s not such a big gap?

The code is fine, he doesn’t face forward. But he is sliding really far to the right. I think you need to change the x coordinate so that he doesn’t slide that far over. You should also make him slide while facing left

Yeah, I’ll fix the coordinates. I haven’t tried facing him left, so I’ll try that.

Actually, you don’t need to make him slide at all. Just change his spot when he does the hold hand animation.

I finally figured it out. I changed that line of code and changed his walking coordinates without having him slide. Thank you so much queen Dara!!