I’m trying to do a split screen phone call. The problem is that the second character Carmen isn’t showing up and isn’t available to move under spot directing. I know it’s something I’m missing but I’m not sure what. TIA! 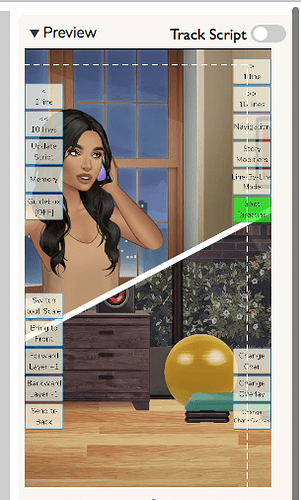 Was she placed in the screen at all before trying to make her walk to a certain spot?

She’s never been in the story before this-

I made her idle at first but when I went to go move her offscreen she didn’t come up when I clicked “switch character” in spot directing.

How would I code that?