Hey Guys!
I’m in need of a Split Phone Call overlay where the line is down in the middle! With these two backgrounds 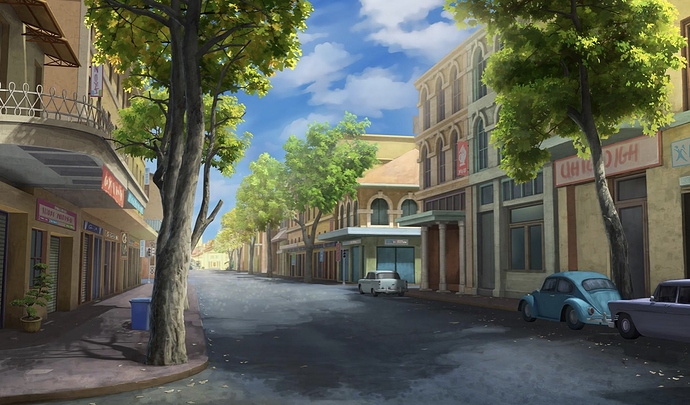 You will be credited of course!

I’m working on it now 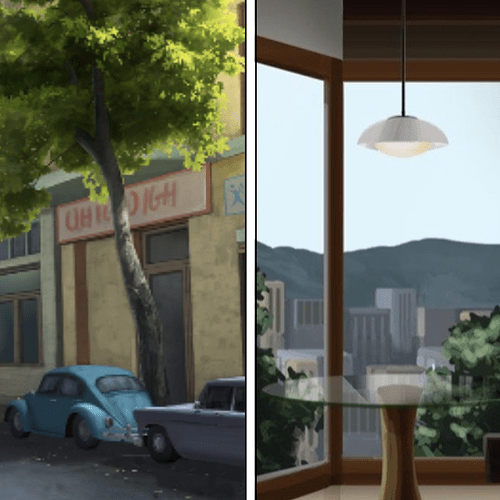 SO I have to upload this as an overlay? Sorry, I just released my first story, so im pretty unexperienced

Yes! It’s too small for a background

Please credit me from my username , I don’t have insta

Thanks so much, you did that so fast! Of course I‘ll credit you!

I’m so clueless in using this overlay

I edited the pixels of the overlay and used it as a background.
Maybe you can tell me how to use this overlay?

You can do this two ways.

First, upload this as a background and overlay.
You can write it out like,
INT. SPLITSCREEN - DAY with SPLITSCREEN OVERLAY at layer 5 (Layer 5 will have the overlay in front of the background)
#Notes:
Got to directing helper, click on overlay helper, and then adjust the overlay to your fitting.
&CHAR1 stands back left AND CHAR1 faces right/left AND CHAR1 is talk_neutral_phone_loop AND CHAR1 moves to layer 6 (Layer 6 will have char 1 and 2 in front of the overlay)
&CHAR2 stands back right AND CHAR1 faces right/left AND CHAR2 is talk_sad_phone_loop AND CHAR2 moves to layer 6

This might be a complex way lol. I do this way which I’m pretty positive there’s an easier way to do it. But, at the moment, I don’t remember

I’m writing this at 5 in the morning.

You can also upload the overlay on its own.