So I am writing my first story and whenever I direct my character to sleep in a specific spot I copy and paste the spot I view it and it is in a total different scale I fix it again and notice that after fixing it the spot that I am copying is the same that is already in my writer portal.

So my question is will it show fixed or just with wrong scale to my readers?

It’ll show up wrong. Most likely. Can you screenshot your script? 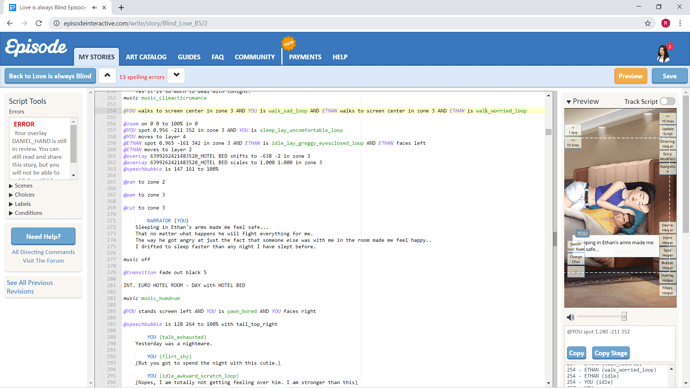 so this is how it shows when I preview as you can see in the preview the character YOU is in a totally different spot that what I have written in the writer portal.

The scales looks wrong in the box. So, I would say spot her in the app and copy and paste those numbers into the script. If that method above doesn’t work. 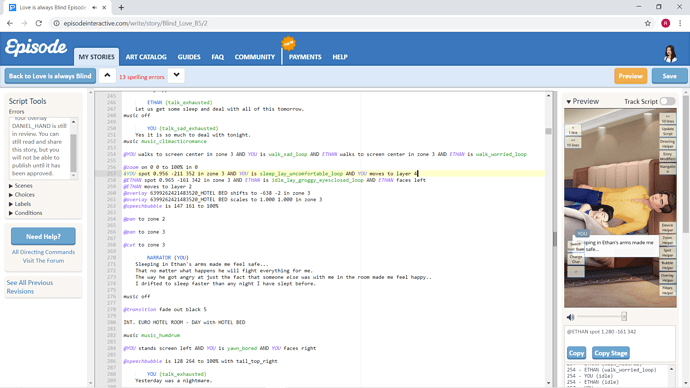 Do the same code for the male. If you want him to be in front, then he needs to be at higher number.

ok will try it. 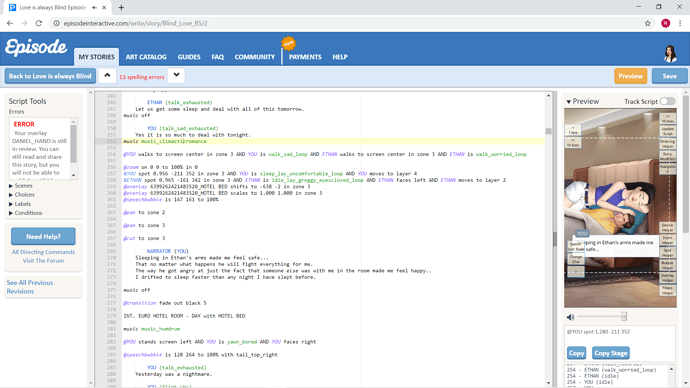 the girl got back to the wrong spot again

and i didn’t even touch her code!

try changing the & into @ for the girl and see if that makes a difference. 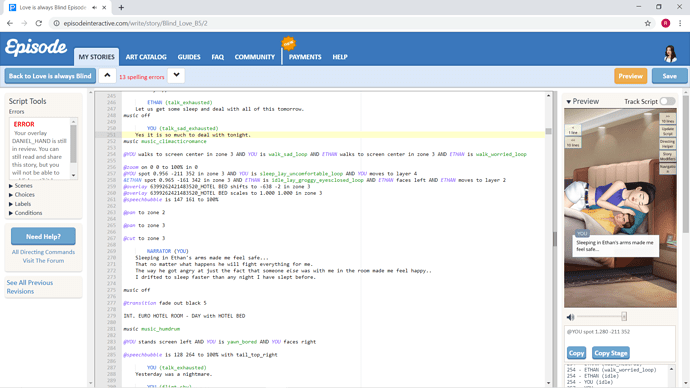 @Apes or @Dara.Amarie can you help?

i’m just as confused as you are, but yeah those two are better at coding. well don’t for trying lol