Hello there! I’m looking for a blunt input on my story. All feedback/replies will be considered. Before introducing my plot I would like to clarify that my story does contain sensitive topics which include kidnapping, violence, and murder. (Keep in mind this is my first time ever making an episode so tips of episode in general will be extremely appreciated)

What’s happening overall in the story so far:

A man with characteristics that fall under the Antisocial personality disorder abducts 5 girls (this includes your MC) in a presumed peaceful neighborhood. The story then takes place in his basement where the girls and your MC is trapped at. Most of the story involves them surviving the terrifying events they are going through and a plan to escape. Wayne (Aka The Kidnapper passes of as a relatively “polite gentleman” that blends into society almost perfectly, while in reality, he is a disturbed individual with odd fantasies involving kidnapping and control. Wayne murders the girls one by one, having then left only Dolores (One of the abducted girls) and MC. ( I will not include any gruesome scenes of the murder. Most likely I’ll him do the murders off scene and I’ll just have him to the remaining girls that the other girls “disappeared” or “vanished” even though it’s obvious he killed them) Throughout the story Dolores develops empathy for Wayne and ends up developing “Stockholm syndrome.” Dolores feels for him and ends up believing he can do no wrong falling under his charisma. She thinks of him as a “Best Friend” or someone who would “Never hurt her.” However, Wayne has no any certain emotions towards Dolores since he is incapable of feeling emotions and just uses her to his advantage (which is shown to the readers since the beginning of his true intentions) Dolores begins to feel comfortable with Wayne and reveals a lot about herself. In one instance the group plots an escape that ultimately fails since Dolores ends up telling Wayne their scheme. Eventually there’s tension between them. On the outside Wayne has a friend who secretly has a crush on him. She decides to ask Wayne out and Wayne accepts. (The reason why he does this is to blend into society and try to keep the image of an “average guy”) Eventually she finds the girls taken hostage and ends up-

This plot ends there because I don’t know whether to set her as a “surprise bad person” or keep her innocent image up (she’s unaware about Wayne’s true self) There will also be different types of endings. It would be up to the reader to consider if they got a “good” or “bad” ending.

This honestly sounds EXTREMELY interesting. This plot seems super creative and me not being a huge “drama/scary?” fan, I’d still most definitely read it. The murdering of the girls does seem a little much, but if it is off the scene, it shouldn’t be a problem.

Let me know if you need any feedback on the story itself. Your plot sounds super intriguing and I hope you go through with it!

Your plot sounds interesting, coming from someone who loves to watch crime documentaries.
I hope you’ll work it out with the portal.

Your input is appreciated <3! I do agree, it is a tad bit too much, I’ll now definitely put the murders offscreen.

Your input is appreciated <3! Yess, I definitely will be adding several warning before I start my episode I don’t want anyone going into my story not knowing it will contain something potentially triggering. 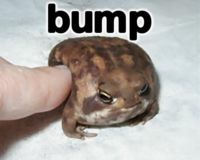 I think this seems like a very good and interesting story!
I agree that you should put trigger warnings at the beginning and keep the violence off screen as well.
Overall, I think this is a very creative story that will intrigue many readers!
Good luck with writing!

Maybe the woman who finds them could be very under Wayne’s influence so she’s not sure if she will help them or not, but it’s up to the player choices whether or not she helps them in the end?

By any chance was in the inspiration for this a movie called Split?

Your input is appreciated <3 Tysm! And yes, I will be including several trigger warnings before I start my story and will keep the violence offscreen. : )

Your input is appreciated <3! I’ve heard of its plot but I’ve never actually seen the movie. Most of the inspiration was from the novel and movie Lolita, and some I got from watching actual documentaries about kidnapping.

Your input is appreciated <3! I’ll surely consider that. I’m still reviewing the plot so there might be different outcomes when it comes to her role.