The Best Stories Are Worth Sharing: Electric Love 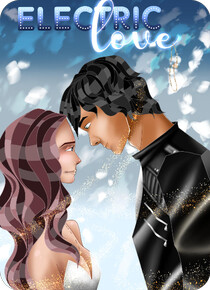 Taylor Stone, a girl with a sassy attitude but a nerd at heart. What happens when Taylor crosses the paths of the two enigmatic guys, Zack Miller, the boy who steals every girl’s heart, and James Diamond, the man known for his electrical charms.
Who’s going to win her heart?

I would love to check it out! I’ll let you know if there are any problems!!!

Hi so here is my feedback on your 1 chapter

In general I noticed several minor directing issues- all are listed below as I noticed them in general - sometines your spot directing doesnt work, sometimes you do not use talking animationg when character talk or vice versa you let them still be in talking animation even they do not talk. I strongly recomand to reworkd the input so it will be clear we should give male name of the love interest and not my name. Some glitches with transitions or I dont know what the glitches ware but 2 times xour characters did strange things - where described below.

Time of your firs chapters seemd around 10 minutes of reading time without the CC for me which is good lenght.

For the the storyteling itself - while Episodeis not a narrative style of storytelling I must admit that you are good at descripton. how ever sometimes the dialogues didnt felt right and it felt they are there “only to lead to somethign” - espeacialy thelast one when he boy out of nowhere needs to tell them that the new boy on the campus smels like danger.it was bit out of blue and felt bit unnatural to me how dis suddently apeared -----maybe if he would tell some story wiith that boy what he has seen or so it would look more natural. The same goes for the teacher dialogue…he is new in the school she sees him for the first time yet he already has read her file and needs to talk to her as the only student in the class…it feels bit unrealistic to me…maybe if she would have some conflict with him in the clas and he would want to talk to her about it isnted tht would give more natural feeling of the scene.
There ware glimpses of potentional danged with the mans in the hoods which most caught my attention - this is what makes me want to find out more most I would say- it was brounght interesting ways and itag great way how to make reader curiouse.
I was missing musinc in the scenes . it was if I remember right only in the intro.

In general from the writing point of view its good start If I would recomand something than try to make thescenes more realistit and natural.

And here are my notes I took during the reading

thank you for letting me know. A lot of info to take in. I’m still new on the “coding” I’ve watched a couple of videos on how to do things but some of it is still a little different to me if that makes since.

as for the spot directing and everything can u dm me screen shots. because when I do it on my side it looks fine. Just curious on what it looks like.

And no. I didn’t know about the iPad. I use my phone so thank you for that info. If you have any tips please let me know.

As for the opening narration it wasn’t a dream it was something that was going to happen to the MC in the near future. I thought it was long too, But I wasn’t sure where I should stop it.

Also speech bubble ring? IDK what that is lol

I thought the same about the whole thing with the teacher calling her up. I couldn’t think of anything in between if you have any ideas let me know lol.

As for the title, I am terrible at coming up with names lol.

Thanks about the intro. wasn’t sure if I should’ve kept that or not or if it was too long or if I should have it in every chapter

unfortunately, I wasn’t doing screenshots while reading - have you played the story in the app on your phone?

Because in the portal aren’t all bugs visible - it works quicker and some things herefore anent noticeable and you can see them only in the app during playing.

Regarding the tablet - in the preview you can switch on the guidebox - button on the left side - the green box is for tablet users - anything outside the green box will be invisible for the one reading on the tablet.

OK it was not clear to me that this is the future - especially because it was followed by a scene of her waking up. Honestly, I am not a fan of showing the whole end of a story on the beginning kinda spoilers fun for me to find out what will happen next …but I know a lot of writers use it so do not mind me … but if you want it there maybe somehow make it more clear it’s now and then? It’s cliche like hell so I really am not recommending it but usually, writers write something like …you wonder how I ended up here, well I better start from the beginning …or things like this to show it is the future. Also if it is the future I would definitely not do it just in a narrative way but by showing dramatic scenes with the natives. But is just my suggestion feel free to ignore it. .)

The teacher - as I mentioned how about some minor conflict in the class …like she is not listening and chatting with her friend… so he can be pissed of a bit depending on what character he is he can react in a way that is either too rough or she can feel embarrassed or simply acknowledging it was not OK - basically she can talk to him about what happened in the class - it will then be more natural I think.

I know this struggle I had this problem before too to find out how to get to a certain point naturally - but the more you will write the more natural connection will come no worries.

Nothing wrong with your title - I just noticed there several stories with the same name when I was looking for yours. It’s not the end of the world.

For every chapter is the intro too long in my opinion - I would probably use just the beginning till she jumps down without the whole chearleader scene in next chapters?

HAHA I completely forgot about the whole speech bubble ring part thanks. And yes I use my phone with the directing part most of the time. And that would work with the conflict thing. just need to figure out with what. And I thought that to about the whole narration intro thing. thanks for the help.

try to replay it directly in the app . I believe you will see what I have meant there.

Ans also I have to say one thing - All what I have written is opinion of 1 person so do not chnge things if you do not agree with me I dont necesairly must reprezent the common reader.

Thank you. And I know. Some of the thoughts you had were some of the same thoughts I had anyway. I just wanted to see if people had the same feeling.