Hey, does anybody know how to make a bunch of characters draw their guns one after the other?

How do you cut off the start of an animation so you can only see the end because I want my character to do this: 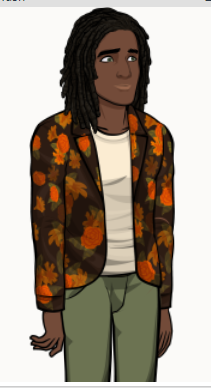 CHAR 1
#dialogue
@MC is animation
then cut to that character

I tried it but it turned out the same

HOW TO: Get The End of An Animation Directing Help & Tips

OK, so first of all these three are the most common animations (in ink) and their endings look like:

Does anyone know if there is any camera man animations in limelight?
If anyone get what I mean

, here’s the code: @NOAH enters from left to screen left in zone 2

@NOAH enters from left to screen left in zone 2

@cut to zone 2
@NOAH enters from left to screen left

i need help making the outfits in my options come up. here is the code i have that isn’t working.

Can u post a screenshot of what your script is saying now?

Make sure the outfits exist (you created them). They will be written in pink. Also erase line 2014.

thank you so much! i got it to work!