Texas: how is it?

Hi,
So one of my upcoming story will be taking place in Texas. I’ve never been there, so I will need your help with some information about Texas…

I’ve already done my research, and I have some info, but I want it to be as accurate as possible. No matter if you’re a Texas citizen or not, it might actually be interesting to hear from non-Texan to get an external POV

I live near the coast, and it’s pretty different from other regions in Texas. Texas is a pretty diverse state with a lot of cultures. Some stereotypes I can think of is stuff like people think Texans are all country loving cowboys who don’t take no for an answer and want to secede from the US.

In actuality, I wouldn’t say it’s entirely accurate. On the food department, from what I’ve seen, there’s a lot of summer barbecues. Tex-Mex food’s another whole cuisine, and it’s not really authentic Mexican food. Chili’s another good dish.

There’s cook offs, a lot of emphasis on sports, and some pretty big events like The Rodeo in Houston. Livestock gets shown there. There’s also stuff like bull riding, exhibits of art from schools, and more. I’ve seen classmates of mine paint and make drawings and art for the Rodeo to get it featured there.

A stereotype that’s true is probably everything is bigger in Texas. Like Texas is just impossible to describe fully because there’s a lot of layers to it and a lot of big monuments. One stereotype I kind of hate is the Texas is straight up just right wing leaning with very traditional and hold religious values very close. A lot of the cities like Houston, Dallas, and Austin are pretty liberal. There’s a pretty big Latinx community, and Vietnamese is one of the top languages spoken in Texas.

That’s all I can think of tbh.

OH MY GAWD I love texas

sadly im not from there

I live in Texas & have lived in multiple cities around the state (large & small). Feel free to pm me anytime for specific questions as you write

Depending on how old the characters are in your story, there are different things that would be prevalent. For example, if your story is set in high school, football is definitely the center of a lot of schools (especially rural) & you’ll definitely want to mention homecoming mums.

Also, everything Phoenix said above rings true to me!

I love my state lol

Hope some of this helped. I know I mainly listed traditions but they’re big here lol. If you have any other questions I’ll be glad to try and help lol

A stereotype that’s true is probably everything is bigger in Texas. Like Texas is just impossible to describe fully because there’s a lot of layers to it and a lot of big monuments.

@Phoenix_11037 @ashleylatae Thank you for the answer!

@ikaterina Thank you, I will!

I have other questions

I would say most of the time Texans can be very welcoming. However, if you had seen the thread earlier, someone commented something like they’re rude. So, that’s definitely one person’s perspective of the state’s residents lol. A fun fact is Texas is actually the Friendship state, which is based off the widely accepted account of the state’s name origin. It’s said that it’s based off either the word teyshas or thecas from the Caddo tribe meaning friends or allies. This is what most people believe to be the case, but it might not be.

As for expressions, I found an article that kind of explains some slang I’ve heard. I don’t use all of it, but I’d say it’s kind of accurate. 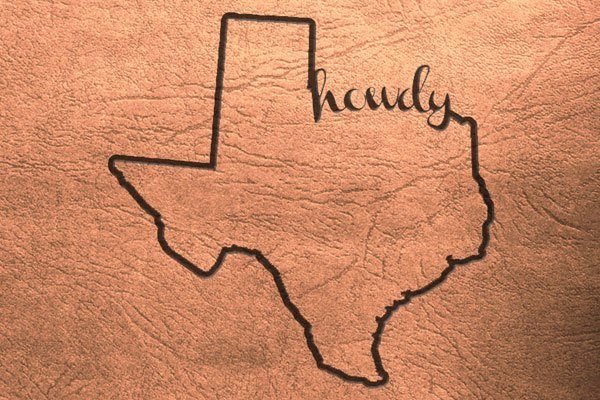 How to Speak Texan: 12 Essential Words and Phrases

Texans have taken the English language and hammered it into something all their own. Here’s what you need to know to speak the Texan language.

You’re welcome, but also thank you for taking time to listen to all of us Texans!