I am trying to use the text effects, I literally clicked on them from the options on the side. And I get an error message that states:

No text for formatting ’ italic’. Multiple effects should be comma separated. (ex: | bold, underline | ) Effects are reset at the end by default its not necessary to |reset| at the end

How do I fix this? Pleas help! 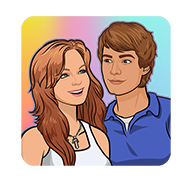 How to add a text effects into your dialogue: Adding a text effect is like adding a description of how you want the words to look. All text effects require the | character to start and end the comm...

You’ll find a list of them on the right side of your desktop, as seen in the image below [image] You can click on them and they’ll appear on your script. The general command is: CHAR | text effect | Dialogue For example: CHAR | bold | Hi people! Now if you want to only have some words with text effect, you have to reset it. For example: | italic | Hi | reset | people! And if you want to add multiple texts effects, you have to add them in and separate them using commas. For example: …

No, I only had 1 text effect, and I already looked at this and it didn’t help me. However thank you

Can I see you’re script?

Hey I was just scrolling through stuff and thought maybe you could help. So when you make the speech bubble bigger will it do it for the scenes before or just after because when i’m previewing its making the speech bubbles bigger before

It shouldn’t affect the speech bubbles before, just the ones after.

It does in the preview

I suggest previewing the story on the app, sometimes the web previewer isn’t reliable:

It doesn’t change it?
So everything’s working right?

I know, because I original had it before, but it doesn’t seem to be changing the text to italic in the web viewer?

The code looks fine. I suggest previewing the story on the app as it’s more reliable. Also, the italic effect doesn’t make too much of a difference tbh. It’s very subtle.