hii babes !! okay so you know how if a character falls and then the zoom makes a crash effect almost ? how do you do that ? sorry if this is confusing, but like even if there is a car crash scene and the zooms make like a crash effect… like that…

If you mean when the camera shakes then you can try one of these zooms. There are different zoom effects so I’m not sure which one you mean. 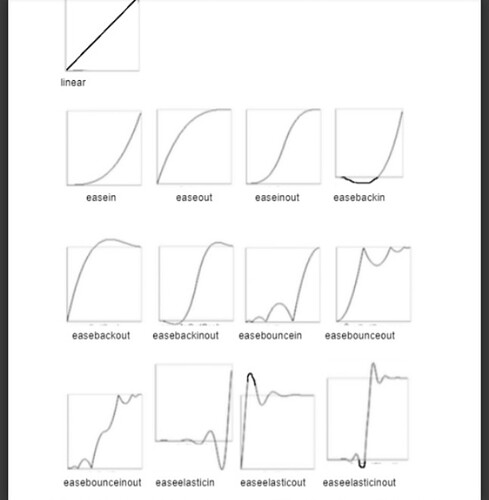 You can either make your own camera shake by manipulating the camera’s movement with a series of code, or use the easing functions, as mentioned in the reply above mine. The bottom row/second last row of easing functions in the image displayed above can help you to achieve a bouncy zoom shake effect.

@zoom on POSITION to SCALE in TIME using EASING STYLE

I suggest experimenting with the different types of easing styles to decide which one fits your preference. Note that you can only use an easing style with an advanced zoom, not a simple zoom (eg. @zoom onto CHARACTER to SCALE).

thank you so much !