Genre : Fantasy with hints of comedy, mystery, and drama

Description : Zeke, a full-blooded royal Elemental, faces evil aliens and dark magic during the most complicated time of his life, teenage years.

Soaring through the dark and vast void of space are The Galactic Guild - hellbent on restoring the galaxy to light, seek out a plan, one that involves controlling the most powerful being in the multiverse.

Zeke, a seventeen-year-old Elemental, goes to Phoenix Academy, a school for magicfolk to attend and learn the magical arts. Of course, soon after, a supernatural war sparks out as a sickening evil called ‘The Corruption’ turns its victims in strange dark knights. With the help of a strange man, a guardian from the otherworld, Zeke uncovers shocking conspiracies about the society of magic and even darker truths about himself.

And if they are to survive this war, and stop this evil. What does that mean for the Universe Of Magic?

Okay, what the actual hell? My eyes- they’re glowing bright yellow. Everything around me, books, tables, chairs, and anything that was even a meter close to me was lifted in the air as if an invisible force was holding them up. They appeared to have yellow auras surrounding them too.

This definitely was something I hadn’t ever seen before. Not to this extent.
This wasn’t normal, right?

What you can expect?:

The Best Stories Are Worth Sharing: The Elementals (S1): Phoenix

Check out my patreon for exclusive updates on the story: Heziboi is creating worlds | Patreon !!

Check out my wattpad as well because I’m writing the book on there too! (RE) The Elementals: Book 1: Phoenix | ✓ - ExclusiveBitch - Wattpad 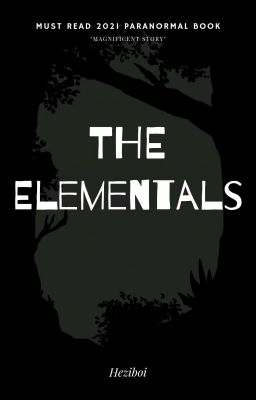