What are your opinions on upcoming Pride shelf? As a queer, I personally like it very much but I’m really disappointed with people recommending straight authors.

My other issue is, the often enforce stereotypes in their stories and never focus on the fact that queer people are normal human beings. They treat us like some rare artifact.

Exactly what I mean. Seeing it once for a comedic purpose is okay, but when that’s the character’s only purpose, that’s when I stop reading.

It’s great they are doing this, but I agree with @brvnda. I usually have no idea whether an author is straight or not and we can’t really expect Episode to ask the writers: “Hey, are you gay?”
I think it’s okay to recommend stories by straight authors as long as the story itself has LGBTQ main characters. At least I haven’t seen Chain Reaction being recommended yet… Some people always want that story on shelves where it wouldn’t fit at all, ignoring the fact that it already has crazy amount of reads and the two sequels of the story are featured.

The authors who are featured should be LGBTQ+ and any stories by KNOWN straight authors shouldn’t end up in there, but I think it’s up to any straight authors who see their stories getting recommended to say themselves, “thanks, but I’m straight/cis, so I don’t think my story should be on the shelf.”
The honor system is the only way to go here, because you can never know what someone considers their sexualities to be.

I never mentioned on Instagram that I’m bisexual and I’m also married to a man, so a LOT of people, even my Episode BFF, assumed I was straight until today. I never intended to hide it, it just never really came up. And it is EXHAUSTING to have to defend your own sexuality to people who are also in the LGBTQ+ community and who should know better.

I personally, would like the shelf to have stories that force you to be non - hetero MC . . . like anyone can say they are not straight . . .

I’d rather a story where you can be bi, but that’s your opinion.

Yeah, that sounds like the usual kind of biphobia I’d expect from the queer community. NOT SURPRISED

Just a question: how do we recommend a story for the Pride shelf? I looked on the Episode Instagram and found nothing

So, the Pride shelf is out. My opinion: I don’t like that stories that the author claims are ‘LGBT’ because they let you pick what gender your love interest is but has no effect on the plot whatsoever were chosen over stories that feature actual LGBT MCs and have LGBTQ+ story lines.

When searching on the internet, I found this writer who reviewed the stories from her favorite to least favorite. 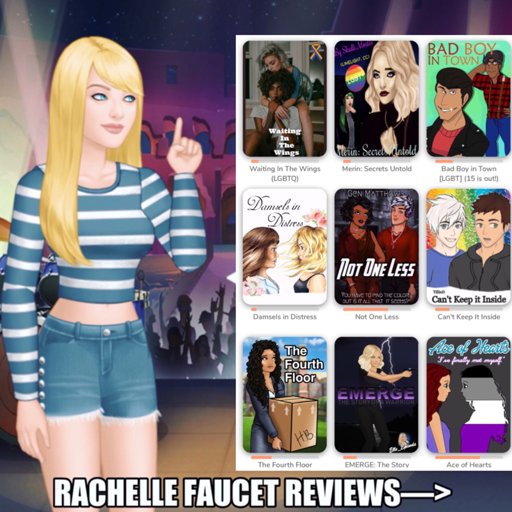 Hello. I don’t know what to say for the intro, so I’ll just let you continue. ⚠️ This review is bas

I found it pretty interesting, and tbh I agree with her reviews. (appears alot of people support her reviews.)

Thanks for the recognition! I’m glad you liked my reviews!

Topic inactive for one month. Closed for archiving.