Things you should know when writing about Canadians!

You should have said, I will spell it favorite when you educate yourself on countries that are not your own. I am British and I also spell it that way. It looks wrong otherwise. American spellings p*ss me off so much because I already have a hard time spelling as it is but then to have to correct my spelling so the spell checker doesn’t try to correct me.

Agreed. Even in my story I hate when I have to proofread and be like,
Sh1t it’s color not colour.
I’m just trying to avoid drama at all costs. It would be nice though if The US could be a little more educated about it.

Hickory sticks!!! Omg these are the best! They are like smoked flavoured French frie chips!!

Wow, I didn’t know that Hickory Sticks were a Canadian thing. They’re so delicious! Y’all are missing out lol

I just googled poutine and it seems like such a USA dish. gravy AND cheese? on FRIES?

OMG!!! WHAT?!
Okay sorry if I go off about this but this is my biggest pet peeve!
A poutine is a DELICATE dish made of gravy, squeaky cheese and fries. IT WAS ORIGINALLY MADE IT CANADA, QUEBEC! PERIOD!
Usa calls it “Cheese, Gravy and Fries” but no it is a Canadian Poutine, the word poutine is also french not to mention!

They are THE best! But sometimes they can be very dangerous, they cut the roof of my mouth once!

Bruh, I love British people! Your accents are legit the best!

We have something called “ketchup chips” yup those are the best! Period!

We also have something called maple cookies, it’s like an Oreo but it is filled with maple syrup frost instead.

Hickory sticks!!! Omg these are the best! They are like smoked flavoured French frie chips!!

We also have something called beaver tails and no they aren’t the beaver tails on the animal! They are like a waffle type bread filled with goodness, you have to search it up!

All dressed chips! These are like ranch, salt and vinegar and bbq mixed all on one chip which sounds disgusting but is actually amazing!

We also have something called “coffee crisp” it’s like a latte coffee flavored chocolate bar and they are amazing!!

We have smarties which are actually called rockets for you guys (I think!)

There are so many more but you have to search it up! Lol

Oh ya! I sent my story for a review and they blasted it for all the “spelling mistakes”.

NNFLLFQ SAME I LIVE IN TORONTO. But i just had class earlier and we were talking laws and yeah 16 is the age of consent.

That’s so annoying, I don’t think that people realize that spelling is different in some countrys.

Hmmm. Marijuana is legal.
A woman can go topless in Ontario. (maybe other provinces?)

Lol. I currently have ketchup chips, Montreal bagels, and maple syrup in the cupboard.

We have smarties which are actually called rockets for you guys (I think!)

What are smarties for you then?

I didn’t ask what they were called, I asked what they are, like are they chocolate? 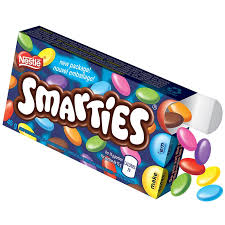 This is our smarties

These are our smarties