I was playing Super Stylist for some turds and giggles. Then I saw this ad. It sends such a bad message to young and impressionable girls. 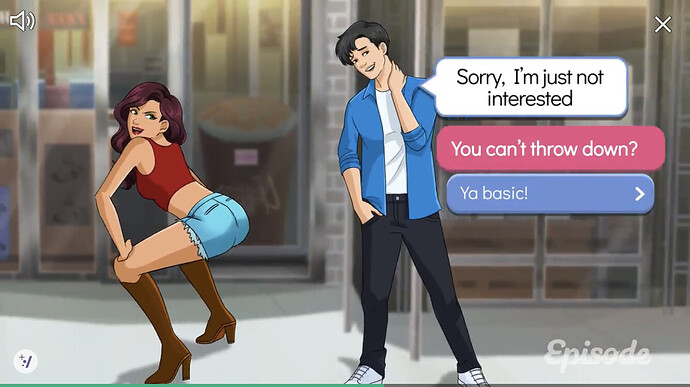 Honestly this feels as though it would go against their own guidelines.

They definitely don’t as long as it makes money it doesn’t matter. They will break guidelines for their own gain but if a small author had a small breach of guidelines then the story is most likely taken down.

The ads are just…not always an accurate representation of the game. There are plenty of user stories that read like novels without toeing the guidelines.

Wtf, Episode… 🤦🏽 This is what you like to promote? Clickbait, cringey, inappropriate ads? You’re only scaring away mobile gamers, and it’s not cool. How about promoting ads that don’t involve romance, s*x, or incest, like fantasy? People love seeing a character show off their magical powers—anything other than this “drop it like it’s not” crap. (Yes, I said not because this is NOT hot at all.)

Greta Thunberg Voice: hOw dArE yOu!!1!

WTF??? I’ve seen episode ads that are innapropriate, but if I saw this I would NOT join the app! I mean come on

It’s such a horrible image. I swear the ad literally looks like a p*rn game. Some other ads too really gave me uncomfortable vibes.

Yup. And the choices are terrible!

I actually started playing episode cause of an ad

I got the same thing a while ago, don’t remember which app though. It’s just … um

So, this is what episode ads have come to-

, this is almost a thirst trap for creeps to get more readers.

I am glad I never saw these ads before downloading or I would have never done so.