what are your guys thoughts on like supernatural species or supernatural stories, eg. Vampire Diaries or another example is vampire stories from Alphan on the episode app. Personally I love supernatural world it’s full of fantasy and fun, my favorite species would have to be vampires, what ab you guys?

I think they’re very entertaining. I don’t really have a favorite but I love shows with magic and I like vampires (like the Originals).

i love vampires and werewolves as long as it’s a well written story and not something i’ve seen/read a hundred times.

I am honestly just tired of evry dang story feels like a copy of twilight and vampire diaries. and its not just episode I was into vampire books much in my teens, and honestly every vampire book felt like it was just twilight in a different font.

same i just find it so entertaining idk why

Feels like 99% of the vampire stories on Episode i’ve read/seen are the same thing over and over again- a male vampire love interest who’s dominating, misogynistic, doesn’t know what “no” means, forces himself on the MC sexually and to feed off of her without consent, has zero likable traits other then being “hAwT” which apparently in the MC and author’s eyes automatically excuses all his toxicity, usually has a crazy ex that either tries or does harm the MC, they’re always made out to “dark and brooding with a troubled past” and a female MC who’s weak, lets herself be dominated, has Stockholm syndrome in some cases, lets herself be bossed around, has zero self worth or confidence, is the typical outdated sexiest view of women and how we “should be” and basically as soon as she meets the love interest her self respect gets thrown right outta the window and she doesn’t care about anyone else except for the love interest even though she literally just met him and he’s toxic lmao… it’s gross.

Tbh there’s only been four vampire stories I actually really liked but three of them were either butchered at the end, abandoned and deleted or sold to Episode (before it was finished) and the fourth one was finished and perfect but was super short. So I ain’t got the best history with vampire stories

I love the supernatural world. It gives an opportunity for authors to “build their own world” with different species and clans.

As for vampires, I love vampires stories.

i agree, honestly i don’t watch tv but seeing shows like that with all these species and it’s creativeness it really keeps me entertained with just a strong interest

I wish I had the creativity and imagination to come up with different species (plus lore for those species), but it’s SO HARD and TIME consuming

Why don’t you try and read my story and share your thoughts. I have just published four chapters

Author : hipsy_writes
Title : Falling For Him
Genre : Fantasy
Description : Max doesn’t believe in the Myth of deadly creatures until she crosses path with Kito. What mystery awaits her when she gets involved with him? NO CC/ 1LI / Art Scenes
Style : Limelight
No of Episode : 4 episodes have been published and more episodes are coming
Link to the story : Episode Writer Portal
Insta Acc : @hipsywrites 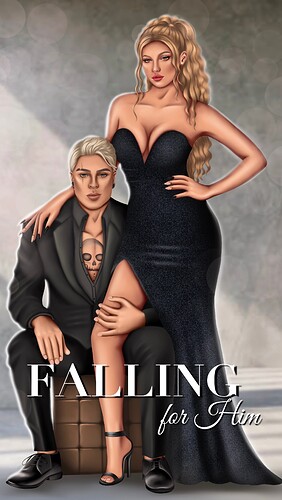 There are so many sexy vampire stories out there and they’re for the most part the same. I always wanted to see vampires depicted as monstrous, if not animalistic, and the only depictions like that in 30 Days of Night and I Am Legend (highly recommend both).

I also dislike when werewolf’s transform to look like regular wolves. It’s so boring and intimidating. Let werewolves look menacing!

I love vampires too girl!

I believe in the supernatural. I know it sounds strange but the LED lights in the smoke alarms at my mums are haunted. I thought i was losing my marbles at first…,untili recorded it and watched it back. Im a bit freaked out tbh. I will try and share a video on here if anyone is interested. I took about 10 different videos where the leds jump out of the alarms and start flying all around the ceiling. It is a fixed led light so how itsmoving around like it has intelligence is beyond me.
Leonardo.

that sounds pretty scary, and ngl i kinda do too!!

I definitely love the supernatural world, it’s very interesting to learn what beings could potentially be out there. I personally like spirits, fairies, ghosts, mermaids and creatures from various mythologies.

I myself love a good tale on the supernatural. With these stories, anything is possible. I grew up reading stories about ghosts, monsters, and other things. I personally enjoy vampires, werewolves and zombies, though I’m partial to sea monsters.

I just love them. No matter if others find it cringy or anything but I personally love vampire stories. I don’t like human vamp overused plot though making your MC too weak, like what’s the use of making episode if you didn’t let that person enjoy the perks of being vampire. I’ve myself created a vampire story with MC as vampire, I am trying to make it how I personally like it as a reader.

A million times yes. Especially since now we have a lot more flexibility with supernatural creatures with different animations and features, compared to back then. If im not taking advantage of the supernatural genre, then idek what id be doing on the episode app