Thoughts on the New Story “In the Band?”

So, other than the fact that I would give up my first born if we got those new hairstyles in the next update what’s everyone’s thoughts on this story? 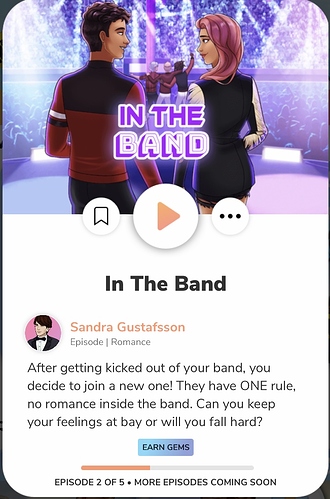 I just read your message, so I decided to go check it out. The new hairstyles are bomb

! I would so love to have them right now. This and the other unreleased hairstyles, are my birthday wishes

. I haven’t finished the story yet tho lol.

Honestly. Like I’m willing to give up my soul for a penny, Episode. Just say the word.

. I would totally spend my money on them and become broke (not that I wasn’t already broke in the first place

I started it right now and the beginning is tragic

Tragic indeed. Two seconds in, they already said, “Aight, you can head out.” Like at least take me out to dinner first smh.

Does anyone have the link so I can read it? 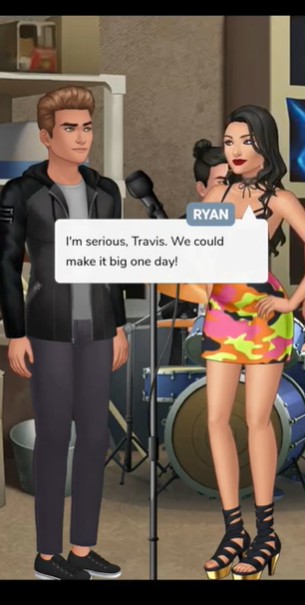 I literally just checked the story for the hairstyles and oml that ombre looks so cool! I was confused how it’s not a gem choice.

So far, it seems like this story is the typical ‘fake-dating’ plot. I have nothing more to add at the moment, but I would give more of my thoughts later.
All I can say that this story was a bit of a pleasant surprise considering my opinion of the author, while also pretty cliche and expected on its part as well

Damn, I don’t have the ombre options on mine. Can someone take a screenshot for me? I’m dying to see what they look like

How do I say this? The story is a bit of an unfocused mess so far. First the story is about the MC Ryan and LI (already forgotten the name) not falling for each other because of stupid band rules, then it’s about a fake-dating plot, then it’s a love triangle but not really because it’s seriously last-minute and unbalanced.

Characters are quite underdeveloped, especially since they are just avatars with quirks about them. Like the best friend character being a tease with guys for no reason, her LI being a narcoleptic, Tom the Tambourine guy being gay and fashionable, etc

So the main character and female protagonist doesn’t radiate much humanity, and the potential love interest is okay, but not enough to make me actually feel anything about him. Asher’s not as toxic and dominant as Caleb Thorn, though, so that makes me grateful, but I wouldn’t like him if I would.

It feels a bit weird to see significantly more choices to choose from that’s not gem-locked. Past experience has taught me that if you wanted to be a good wingwoman, you have to cough up gems to hook your friend up with someone else.

The premium outfits and some optional dialogue were gem-locked, but I’m not bothered by that. Gotta make the most of it

Hiii i have a question. For this story is there also a community version or only a featured version?