Thoughts on the New Story “In the Band?” 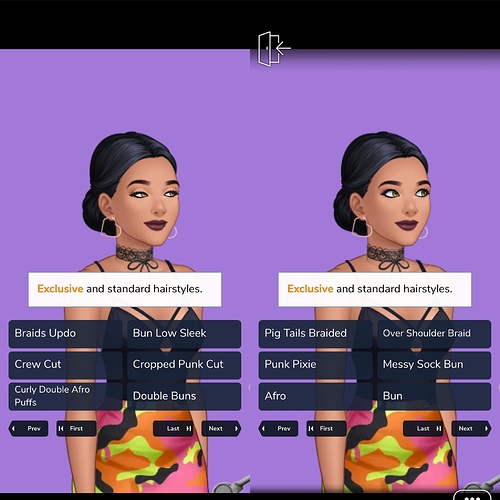 I have no idea why the CC template was organised like this. There is no rhyme or reason to the way the hairstyles are laid out (eg length or alphabetical), and it put the blonde hair and blue Eye colours first even though the default MC is Tan.

I may be reading too much into this, but how come the ‘other’ people (as in the people MC or LI are ‘competing’ for the other’s attention) are Black or darkskinned?

It’s just kinda too much of a coincidence for me

You could be reading too into it, but I can also see why you think that. It’s pretty weird how this keeps happening. I just realized this thread is for one story, so I think there’s a possible trend here.

Lol, I know. I usually read too much into things lmao. Besides from that, it’s just a bit boring this story involves all this unnecessary Jealously/cheating drama when I don’t even know why MC likes LI or vice versa other than they’re hot

Like the forbidden love is already set up, why introduce fake dating (even though the band didn’t want bandmates to date in the first place) and a love triangle too?

Most featured stories are like this. I’m surprised Episode hasn’t featured a story that sort of mocks cheating drama as a form of satire. I haven’t read the story, but is the other band members all males or is there some females too?

All males. The premise is that they were a little hesitant to have girls join the band to avoid getting ‘drama’ (even though they have a token gay guy in the band) but MC still got in regardless

I don’t know why, but I freaking called it. That premise sounds pretty weird because it makes me confused why they would be like not all that open to girls joining the band when there’s no guarantee the girl or any of the members would be interested.

Has anyone read the whole story yet? It’s complete at 12 chapters

Just for fun and because I have a lot of gems, I decided to pay for the gem choice to have Asher sleep next to me and him recount how the band got started. Instead I got a pretty milquetoast backstory about the ‘no romance’ rule.

In theory this is nice to know but it really doesn’t add anything to the story. At best, it may be the foreshadowing that Denzel has an out of the blue attraction to Ryan, but that’s it. If Asher is saying it without emotion Nor investment, why should I care about it or him? It’s just a waste on something which could have developed his loyalty to his band or explain why he’s a playboy, but no, it’s just pretty much an ego thing since he always gets the chick.