This is a very simple and easy tutorial however regardless I wanted to share because some people may not know how to do it.

NARRATOR
Fall is my favorite weather.

What it translates into visually: 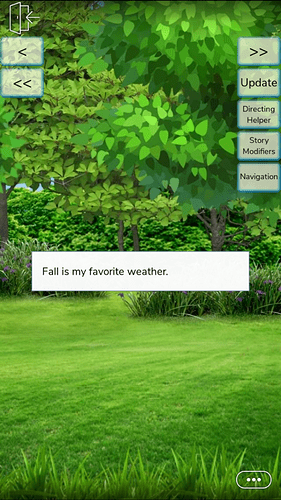 What it translates into visually: 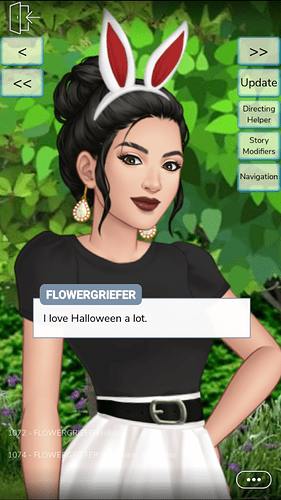 Shortening NARRATOR to NARR (short cut, the pattern to follow):

NARR
Fall is my favorite weather.

*Using NARR as opposed to NARRATOR is so much more simpler since it has less wording to it.

Another thing to note: You cannot have Dialogue alone, you need to have a character think/say it or have the NARRATOR/NARR say it.

What a nice day to race against penguins in the north pole.

You will get the error: Expected CHARACTER or SCENE change.

Correct (one of the ways you can do it):

NARR (ANNIEWAYS)
What a nice day to race against penguins in the north pole.

Using NARR to describe things and talk about events that occured is a really good idea. NARR can be used for many things! Anyways, good luck with your story xoxo

24 Likes
:gem: JemU776's Tutorials LIST (Full) :gem:
Helpful Links for Authors :blob_hearts:
Appreciation Thread For Jem! :heart:
I need Help with Text Boxes
How do u make your character talk but not indirectly?
I need help with speech bubbles
"Stupid" questions that never get answered? Get The Help Here!
Annieways October 3, 2019, 6:22pm #2

Wow, I didn’t even know that NARR works too

Thanks for the tip!

i dont like this i shall get u back…

I appreciate you trying however when you’re writing it, it would be something like this:

NARR
I don’t like this, I shall get you back…

That’s OK, dw about it but tell your sister to be more kind to others, kindness is good

Yes, I will. And I’m going to stop her touching my phone

I had no idea NARR works either, new things we learn

I’m trying to use Narration for a couple art scenes, it’s kinda hard to know how to word it…

Agree, sometimes descriptions can be so hard

But if you keep trying at it, I know you can do it