To place my donut overlay how should i do that?

how do i place it? 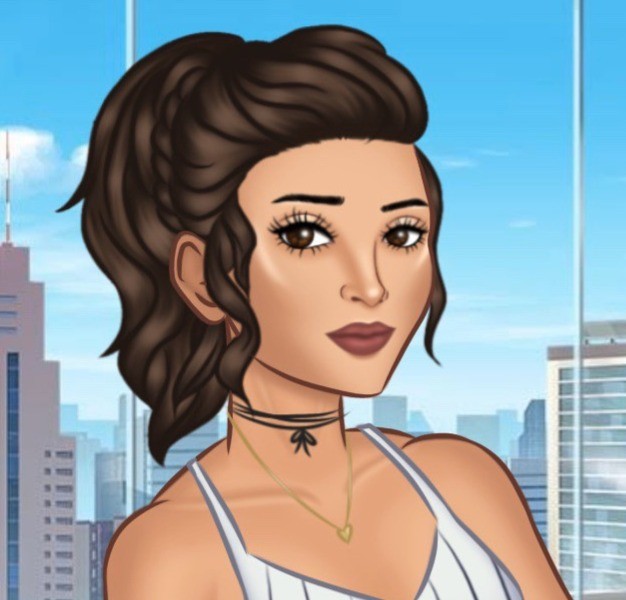 I would suggest doing something like this;
First get the overlay into the scene. You can do this by using these codes first:

(Replace OVERLAYNAME with the name of your overlay and make sure it’s all capitalized.)

Then use the spot directing tool to get it in the place you want it.

If you don’t know how to do this: 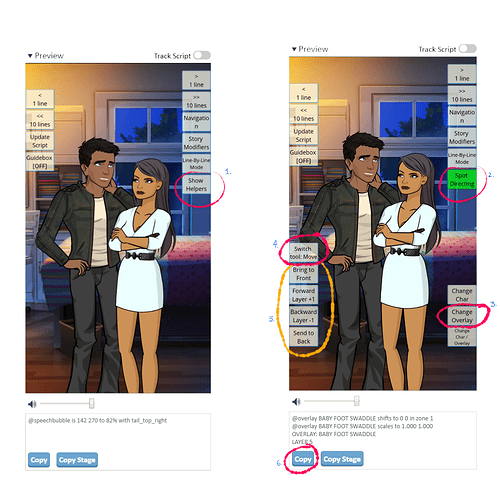 Step 1. Click Show Helpers
Step 2. Click Spot Directing
Step 3. Click Change overlay
Step 4. You’re going to then be using this Switch tool: Move and click it again to get Switch tool: Scale. Move and scale it to however you want it.
Step 5. Layer your overlay by using the boxes circled in orange. Bring to Front will bring the overlay in front of everything, Forward Layer +1 , will make the overlay +1 higher than it already was on and you can click that as many times as you need, Backward Layer -1 , will subtract the overlay layer number by 1. You can click that as many times as you need. Send to Back , will send the overlay behind everything. You also don’t have to use these to layer it, if you already know what layer number you want your overlay to be at.
Step 6. Press the Copy button

Paste it into your script by either using mouse right-click then paste OR hold down your ctrl key and then press the letter V key (on your keyboard.) Change the @ symbols into & .

Now you have the overlay set into your scene.

If you’re meaning how to add a prop to a character such as the donut prop, it’s just

And to remove it,

(Replace Prop Name with the name of the prop you want to use.)

Regardless I would still check out that link and get familiar with overlays, maybe even create a fake story to test things out on.