Hey!
I created a high-island continent for myself and my story. I really wanted to give the citizens their own traditional wear. So far I have one female traditional outfit for the main land (for a rain dance ceremony they have) in Norwich, but not in Ronesti. I tried some interesting ideas but deleted them because I used items people might fuss over.
I only have the mainland traditional now, and looking for 3 more (2 males, 1 female). Because the land is nature-loving, I got this so far:

Do any of you have any more ideas I can try that six main characters (male and female equal) they can wear on this adventure/mystery?

Unfortunately, I don’t have any ideas but I’d love to read your story! I don’t know much about it, but it sounds very different from what is normally published on Episode

Thank you! I have a butler story called, BTM: Truth Behind Closed Doors, published but kind of lost the want to continue it for a while. My old computer got damaged with all my information on for it so I have to redo all my scheduling and info for it. However, while doing that, I found myself more in love with writing Norwich instead because it had its own language and continent to explore, mixing adventure with a mystery murder for middle school kids. I’d like them to grow up so I’m hoping on help with a good traditional outfit for the story in later episodes.

Oh my gosh, I’m an idiot. I’ve been sitting here thinking, “Isn’t Norwich in England?” but I’m sure you were already aware of the city’s existence while making it as your continent

Would you mind giving me a brief description about the story’s plot line? Just so I can have more context of the theme and everything?
(sounds great so far though!)

Also, do you want the male outfits to have a different color scheme? Or are you okay with the purple/green leaf outfits?

No, no, your not. Lol! Originally, when I started on the story, I had no idea Norwich was an actual place because I was looking up ghost town names to fill set my story. The name, Norwich and Fallsboro, popped up. I chose, Norwich. Somehow, I found out there was a place in England with the name after looking up houses and was like “Whoa! Really! That’s freaking cool!” So, I checked out Norwich in England to decide the layout of the town.

Forwarding from that, the continent is called, Avencenti, influenced by Japan, Hawaii, and Mexico. It’s not an Asian or American land but an isolated volcano Island that I settled between Hawaii and Japan. No one knows about it, except people who are native Atesi or travellers who had gotten lost during travel. it’s a nature loving place, has it’s own religions, and it’s only discrimination is how intelligent one is since AI live as citizens.

Norwich in the story is in the province of Estia, kind of tiny and run down but a great tourist attraction area. It’s two harbors are the prosperity of the town. The volcano use to have lava but the last time it eroded, it cause the volcano to spit out water instead. So the major is trying to find ways of guiding the water to the ocean. In the distance, it looks like a gigantic geyser. The houses built with lava stone roofs and things of sturdy nature. Bull Star Academy is an all grades school where the six main kids will be.

The story overall is about a 14 year old girl who sees ghosts and talks to them. Her stillborn brother, who is ten now, follows her around. She is bullied for being creepy. Natsumi is the bully but may not be after all, Scarlett is bullied for being chubby but her friends see a lot more in her as she is a gymnastics queen, Francis is the brainy science lover praised for her beauty and genius but hates bullying, Samuel and Sharve are besties. Sharve is a cyber lover and gamer. Sam is the son of a famous doctor in town at Harmony Grove Hospital. The friends, a zombie, and some ghosts help a major terrifying ghost to get justice for his murder. The murderer killed two people and could be anyone of the adults the friends know, who last lived in Ronesti at some point. The goal is to find the right criminal to take to jail. I might get the leader of Avencenti in it too and it may have the gods of the fake religion involved.

Wow, I’m AMAZED at the content of your story! It sounds so good, and I can’t wait to read it.

Well, I’ve been looking through the male outfits now for a half hour. It’s incredibly difficult to find something in the same style you’re looking for, and the clothing that is in the same style cannot be used, as it already has certain cultural ties to it. I’d suggest editing certain pieces of clothing together and uploading them as overlays, but that’ll be a pain. It will also be very difficult to coincide those overlays with the animation the character is doing. I can help you make overlays, though I have already seen your fabulous edits, so you probably don’t need my help

I wish I could offer better advice

That would be cool if you would like to help me make overlays!

I can play around with some of the coding to see ways for things to fit and look more nature to the world around the character. If you can think of any nature accessories, ghost items or tribal instruments props fit for the country, that would be AMAZING! I came up with one string instrument to create, so it would be cool to add someone else’s ideas in the story. 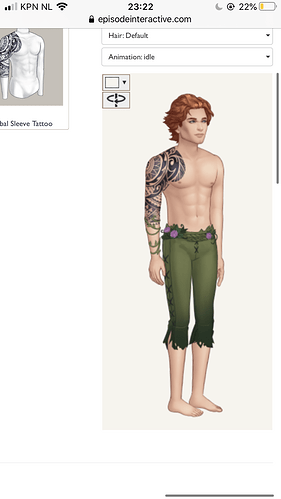 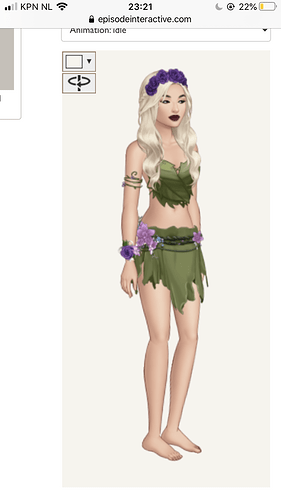 of course! do you have an instagram? I’ll DM you ideas!

Yes, I do. It’s @arocsirrahinc.cnh.

Thank you! Those are some great ideas.