Trouble with rotating and flashing overlay

So, I’m trying to have a magic overlay flash and rotate at the same time, but nothing I do seems to work. Now, my overlay just isn’t showing up at all in the preview. I have no idea what I’ve done wrong. If you could help me, I would really appreciate it!!

Can you show a screenshot of your script? 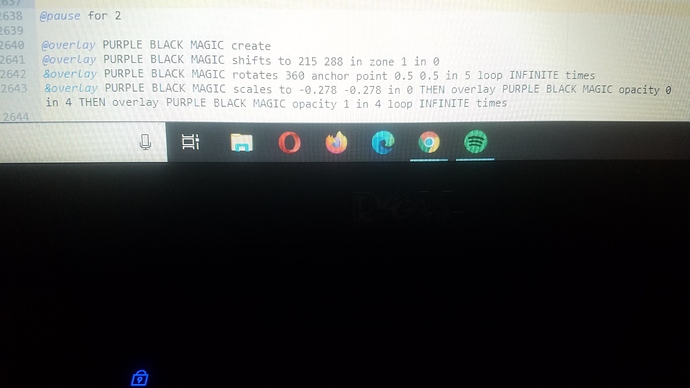 This is it. It’s not appearing no matter what I do.

I’m sorry for just now replying, had to work during the week and didn’t have much free time.

What does ui stand for?

Hello,
The ui command is for if you want to stick your overlay to the screen meaning it will stay in camera view even if you changed zones, etc…

(Make sure your overlay is in the right spot and is at the right size you want it at.)

And @Sparkling_Sapphire27 Same, it’s basically a short term for overlay.