Everything worked fine up until I added in the points as an attempt to remember the outfit choice for future scenes, but I’m not sure what to do next to get this to work. Maybe there is a different way to do it? Below is my script. Thanks so much for your help. 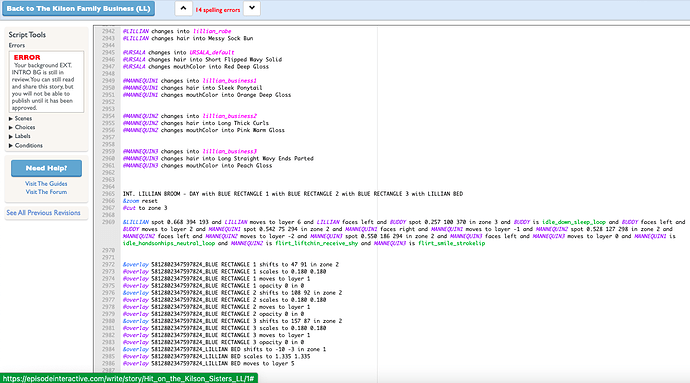 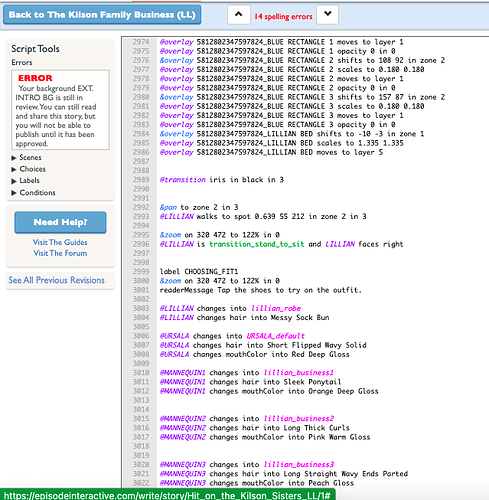 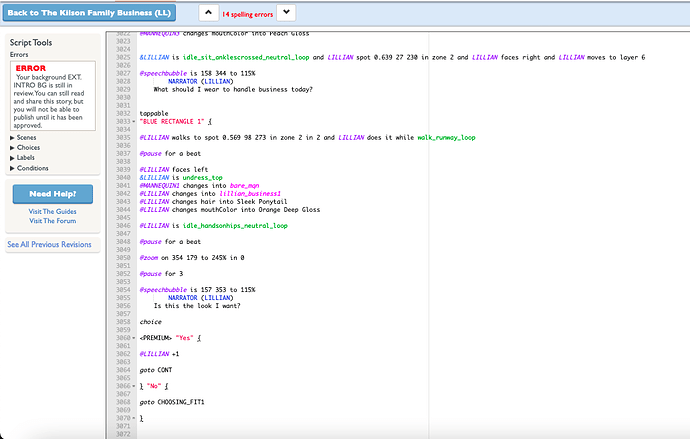 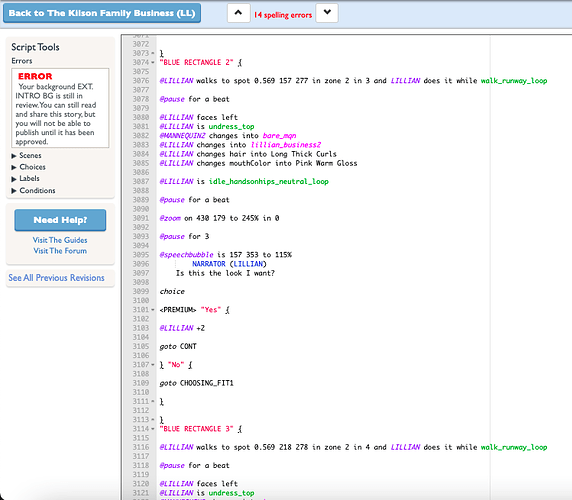 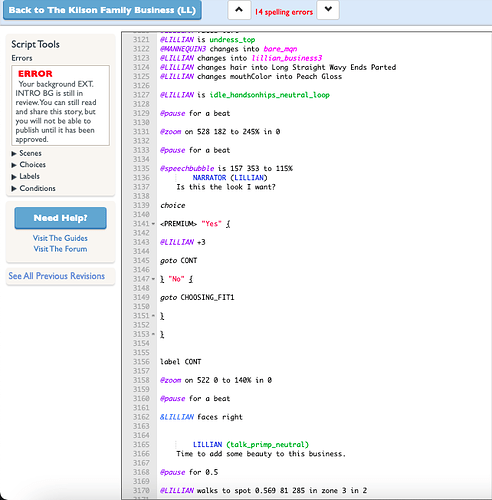 Points are an accumulative scoring system, so they will not be very effective for recalling a past outfit choice as they will likely change when more points are added or subtracted. Instead of using the point system, I would use the gain/flag system. It works like this:

#Character says “Yes” to this choice {

Then you can recall this choice later on like this:

I hope this helps.

Yeah I figured out how to do it that way however this is my problem now, when I try to recall the choices to test the coding I keep getting an error message 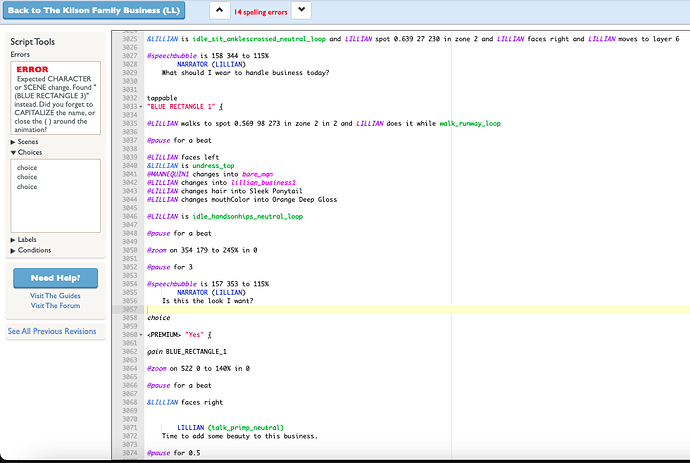 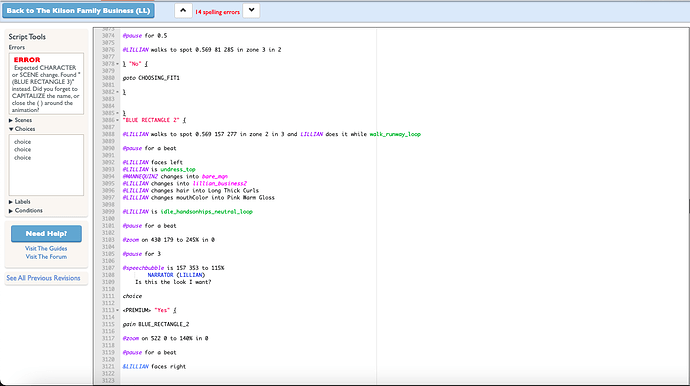 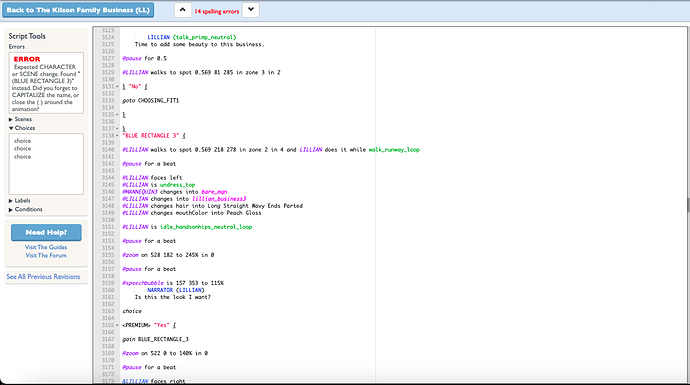 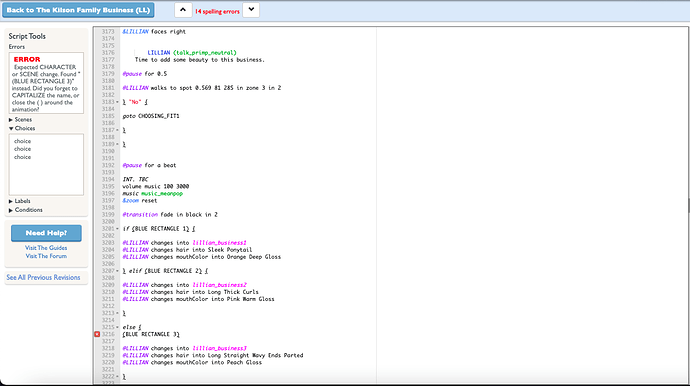 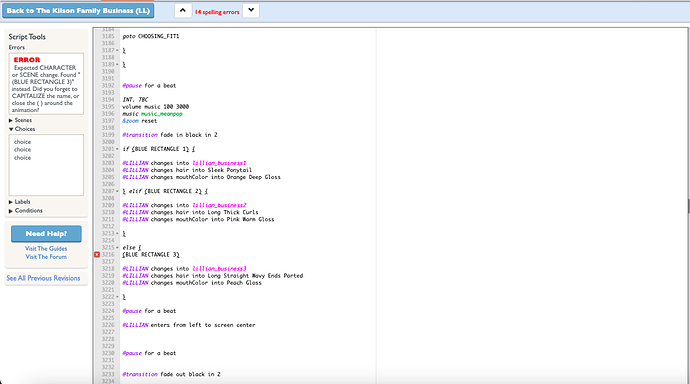 I’ve tried a few different things already and the placement of the if/elif/else code is just for a test however the character will appear in the next scene so I want them to have the correct outfit on but I wanted to test this coding before i moved on.

I think that else doesn’t require any specification of the flag you’d like to call. This is because else applies to anything that doesn’t match the original if statements.

When using the points system with outfit games, you have to use = to set the points. Don’t use + or - otherwise the points will keep adding up each time you test the game. And use a character that you know you won’t add more points to in the future

so how do I make the third outfit memorable?

Otherwise, you can add another elif statement that applies to the third outfit and then leave the else statement completely blank.

A dressing game that uses flags to remember the outfit chosen.

AHHHH I just had to remove the () from the else and it worked thank you so freaking much i was stuck on that for a while!

I just misunderstood the correct format but I figured it out thank you!

No problem. Glad I could help.