HEAR ME OUT BEFORE JUMPING TO REPLY TO THIS THREAD WITH MEAN COMMENTS. thank you. treat people with kindness :))
Here is my claim: Mafia stories aren’t bad, they are actually really good. However, most of the mafia stories on the Episode app are extremely bad. they are crafted in the wrong ways causing a ton of backlash for the author. Plus, there are always people who get triggered. As a fellow lover of Henry Hill, I advocate for mafia stories. I know that sounds terrible (and it does) but it’s true!
If you are an author of a mafia story, you must have written an Italian mafia story. Guess what? THERE ARE OTHER ORGANIZED CRIME FAMILIES. Not everyone is in the drug or weaponry business. How about the Lufthansa Heist that Henry Hill pulled? In the mob, you do not only sell weapons or drugs but also pull off heists, run human trafficking rings, commit several types of cybercrimes, deploy hitmen to kill off targets, smuggle illegal items, infiltration of businesses&stocks, dealing with casinos and gambling, and MORE! there is so much to cover but I don’t want to get into all of it lol
This sounds like a huge rant and in a way it is. I’ve seen a lot of threads about mafia/gang/mob stories and I always reply to them and say the same thing: if people did their research and truly showed how crime families work, they wouldn’t get so much backlash. Authors receive hate because of the fact they write mafia stories. I would love to see authors go back to their completed stories and revise what they wrote about the mafia and make it portrayed realistically. I think the thrill of writing and reading mafia stories is awesome! Of course, most of the thrill comes from following some sort of romance but still. I think if someone wrote a story about the growth of someone in the mafia, kind of the Godfather that would be so interesting to see. Sometimes, it’s actually the crime family that is good. LET ME EXPLAIN. In order for a crime family to operate, they need to have paid off government officials. Those government officials that get paid off are clearly corrupt. In my eyes, that’s worse because rather than serving and protecting the citizens of the country, they get greedy and selfish.
One person, Pablo Escobar, was a Columbian drug lord who led the Medellín cartel. He gave his money to Columbians, helping them build schools and other things. He helped Columba grow financially. He died in 1993.
I’m not supporting the fact that he killed a lot of people and committed serious crimes but I truly think he was a good man. Now, this is just an opinion, yours may differ from mine. I am not glorifying his crimes but rather his intentions. (just wanted to make that clear. what I am saying is pretty controversial.)
All I’m trying to say here is that mafia stories aren’t all that bad. They get crapped on by a lot of people because they are almost never done correctly. If authors took the time to do good research they could really nail the whole idea of a mafia story and have great feedback!
If you made it to the end, wow. I typed this up during math class because I was spacing out and really bored. What’s new?

I would love to know what you think! let me know below, we can have some great conversations

All the love,
Neha!

i really agree w u!!

Haha, love that! and yeah, I get what you are saying. xx
That is true there’s always something good about any story, regardless if it’s a mafia one or not. Sometimes it’s masked really deep within the story and you have to really dig for it! Writers a lot of the time do not get enough credit. writing is so hard!! it takes so much time, effort, and creativity. in some cases, they require immense research!
Also, get some sleep!!

Not unpopular just a fact

Moved to Episode Fan Community since this is about Episode stories. Make sure to check out our Forum Tutorial for more info about creating topics, and feel free to PM me if you’ve got questions.

Totally agree! I write a mafia story and I know the real struggle! And for now, I haven’t reached to any negative comments and I have more than 10k reads!

I think the problem (from what I’ve seen) lies more with how similar the LIs and MCs seem to be in every story. It’s (quite often) a toxic/controlling mafia dude who falls in love with an innocent girl. Of course, this doesn’t apply to all mafia stories, but a lot of them have characters like this. Not to mention the romanticization of kidnapping. I think mafia stories are fine, but this is my main problem.

However, I agree with the rest of what you said. It would be quite interesting to see more of the crime in a mafia story.

My favorite story is a mafia story! It’s Without you by Georgia Sanders. I’ve also enjoyed Overdosed (and it’s sequel) a whole lot too! The Beast by Julz is also really good.

That’s great to hear! I would love to read your story, what is it called? x

@Krithi.epi Yes, yes, YES!!! why do people romanticize kidnapping? It’s not romantic at all tf. Also, Without You is so good! I love it so much. I can’t believe it’s almost over :///

Here are some infos!

Description:
After a tragedy, Layla gets dragged deep down in the mafia world. Little did she know that the leader of Morocco’s black market - Oscar Kebryak, would put her under his protection. 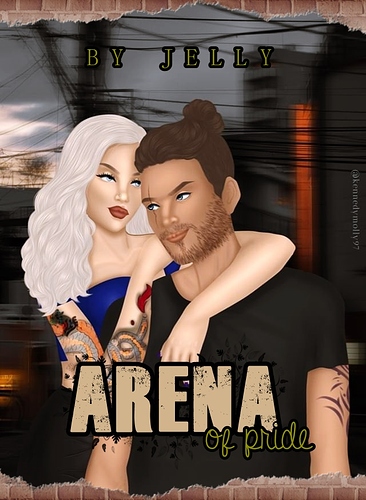 I currently am I finishing up some stories that just got updated, but once I’m done I’ll go check it out! I love the cover, it looks so enticing

Ikr! It’s consistently been my favorite for a year. I can’t believe it’s almost over

Honestly people need to stop thinking that getting kidnapped it romantic. If you get kidnapped especially by the freaking mafia, you’d be very traumatized.

omg yes, I can’t even imagine! All mafia stories are based on Stockholm Syndrome essentially and that is so wrong. I can’t even begin to fathom why. WHYYYYY?
who’s your favorite from Without You? honestly, I love Mira and Elijah (they are so cute together eeeeeekkkk)

Sometimes, it’s actually the crime family that is good.

but I truly think he was a good man.

Now now, saying that they are ‘good’ people when they take, destroy and trade lives is just

Like you said, perhaps their intentions were originally good. The means… well. Utterly condemnable.

However yes, if those authors stopped copy-pasting the same romantic glorifying plot along with characters and actually worked on their stories the way they should the forums would certainly be a happier place.

Ikr like Episode needs to like review stories based on getting kidnapped more in depth tbh. My favorites are Axel and Kelsey XD. I also really Mira and Elijah together, like I need more moments of them together like right nowwwww.

Yes! Mafia stories can be loved if only people stopped with the whole drug italian mafia thing