Welcome! I’m going to keep this short and sweet. I will review any bodies books and give grammar corrections and feedback! Send me the Name of your story and the author name. If you haven’t published it, send me the link!
I will be done in under 30 minutes with your review!
Waiting List:
@the_saminator

Story title: Joke’s On You
My IG: @sam.episodes
INK
NO CC
Lots of diversity
MALE MC
Genre: Comedy
Episodes: 3 (on-going)
Description: Stryker is a sophomore in college who also thinks he is a prankster. What happens when he meets his match? All is not fair in love and war. 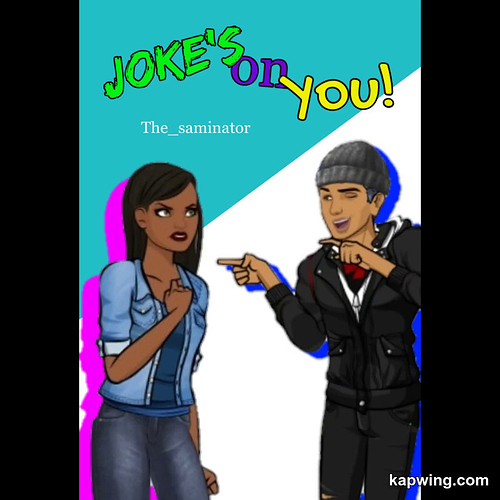 The Best Stories Are Worth Sharing: Joke's On You

I already am happy with this story! I like that the choices matter and I loved the intro!

Also when Stryker says “It did anyways, until a girl certain girl came crashing into my life.” you should remove the “s” from anyways.

ALSO A RECOMMENDATION FOR THE LAST GRAMMAR CORRECTION
What I would do for a better approach, is make Stryker say, “I was always pulling pranks.” and then make him do the thinking animation, and say “Well, that is until a certain girl came crashing into my life.”

You should get rid of the part where Curtis says “When you leave, I can start walking around naked again” Cause it was unnecessary and kind of creeped me out, lol.

When she says “I’m Zayla Jackson” you should change it to “My name is Zayla Jackson.” to make it sound more realistic.

Also when she says “I’m getting ready to start my freshmen year at Marshall University to study business management” to make it sound more organized, you should change it to something along the lines of “I am getting ready to start my first year at Marshall University” Then make her say something like "I will be studying business management {and then make her list why shes joining buisness managment}

It should be “little did I know”

That is all I caught so far! Good job with this book!

Thank you so much for your review. I took a screenshot so I can make the corrections needed.

Title : Fault of the moon
Ganre : romance
Style : limelight
Episodes : 6 (more coming soon)
Description : Is one legend enough to make you fall in love? Will you meet? Will someone try to destroy you?
There are timed choices and points system. Choices matter 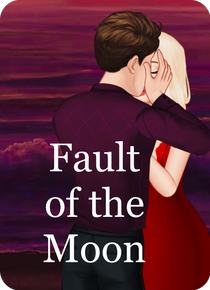 The Best Stories Are Worth Sharing: Fault Of The Moon

It would mean a lot for me if you check it out​:smiling_face_with_three_hearts: You won’t regret

Thanks for this x

Recommendation: I would recommend to not put the credits at the beginning, and instead put them at the end of the episode, with the choice of whether the reader wants to view them or not.

Recommendation: I would also make the pregnant women shorter than the man, as her being taller looks unnatural, and unrealistic.

Grammer Correction: Make sure you put a period, a question mark, or an exclamation point at the end of each sentence.

Grammar Correction: When it says, “This is…They have been together for 245 year”, it should have an s at the end of year.

Grammar Correction: When it says, “Everyone knows about this legend, but one will know that Liama and Bella are the one or do they?” That sentence makes absolutely no sense. You should fix that.

I will have a look and correct it​:smiling_face_with_three_hearts:

Whenever you can, please read my first episode only!
To me, it’s completed and without errors.
But I want to make sure everything looks good from a fresh pair of eyes.

The Best Stories Are Worth Sharing: When Death Dances on Rainbows

Title:
When Death Dances on Rainbows

Description:
While lingering in limbo, you get pulled into a series of colorful murder investigations. A fanatical serial killer is loose in Haven City, hindering your hope for heaven. 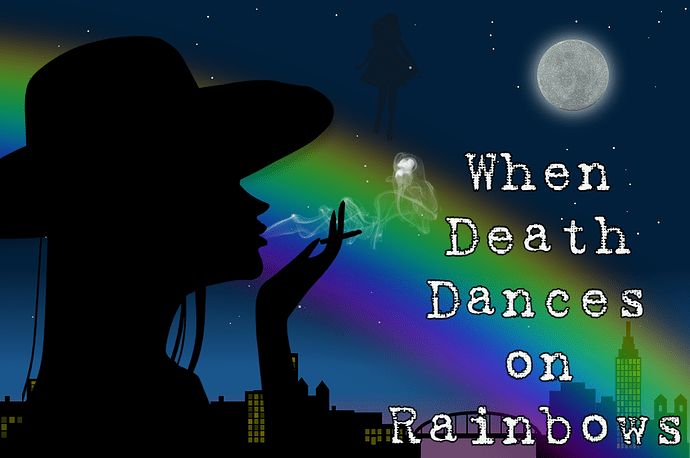 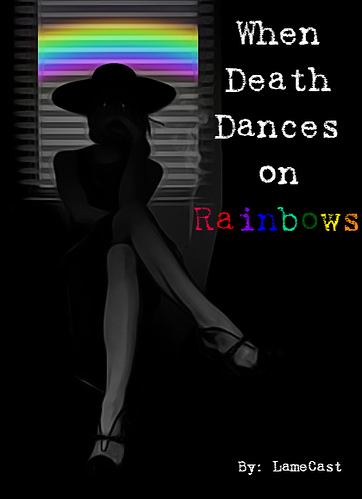 Working on it now! I would love to make a cover for your book as well! 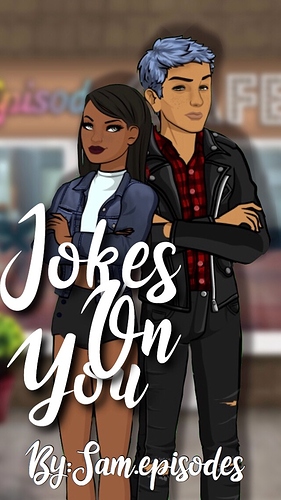 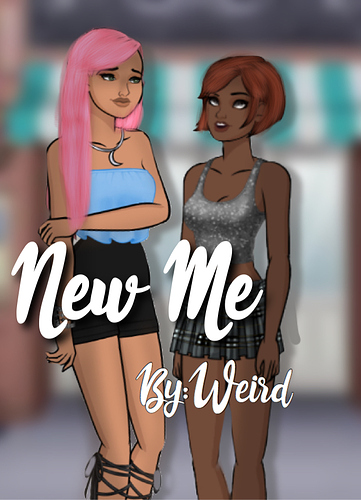 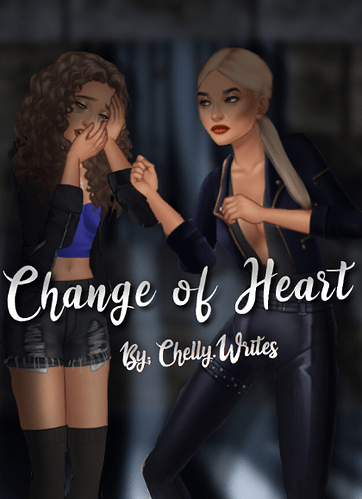 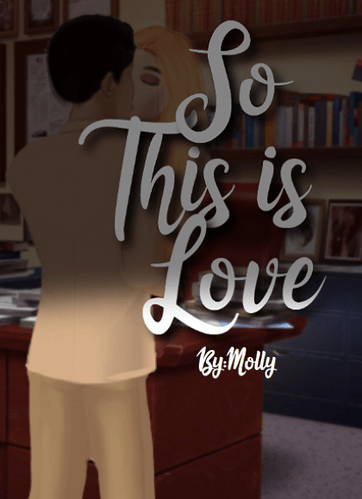 Hey Violet, I’d like you to chip in your thoughts for my story, i-Robin.
The author name is DanDuck, and I just released chapter 4 today!

Thank you for doing this!

Chapter 1 Review for @lamecast88
Appreciation: I really like the spot directing already, and use of overlays!

Grammar Correction: Very minor, but when it says, “You see, this is limbo .” You should remove the space between the period and limbo so it looks like “limbo.”

Recommendation: When Valerie says, “It’s where the leftovers go. The low-lives, the fuck-ups, who were mostly bad, but sometimes good. It is a run-on sentence and sounds not too great. I would recommend changing it to, “It’s where the leftovers go. The low-lives and the fuck-ups, whom were mostly bad. But every so often, they were good or something along the lines of that.

You honestly did very good with this book! Congrats! I do believe this book will gain a lot of popularity.

Thank you so much for this! I’ll go tweak some stuff now

Story Name - Beyond Repair
Instagram - giana.epi
Author - Giana
Genre - Romance
Episodes - 3
Summary - After a tragic accident Lola leaves her hometown hoping to find herself again, but she finds someone else instead, Is Lola capable of love or if she broken beyond repair?
Style - Ink
Link- http://episodeinteractive.com/s/4518274726690816
Cover - 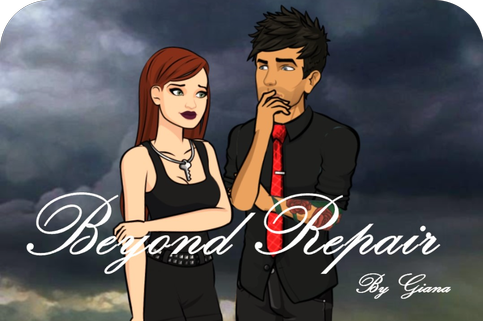 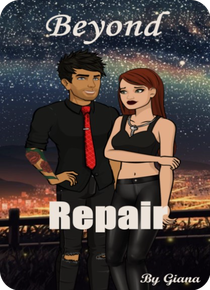 I would love a review

Description: you are the most rich girl in your country in addition you’re famous but what happens when the Star Necklace uncovers your true identity

The Best Stories Are Worth Sharing: The Star Necklace (Limelight)

I’d love to hear your feedback…

TITLE: LOVE: Mission (im)possible?
AUTHOR: Nadi_Episode
DESCRIPTION: You’re experiencing a new country while you find yourself in the middle of a chaos of love. Is finding true love really a mission impossible?
LINK: http://episodeinteractive.com/s/5494671591931904

I’d love a review!! It’s also my first story so the directing is kind of bad I know… LOL

Title : Ship Rekt
Author : Chaf Quack
Style : Limelight
Summary : You take a trip on a cruise over the summer and it sinks. How do you survive on an island full of mysteries?

Hey! I would love for you to review my story!

Thank you so much and I hope you like it!

Here’s my story:
Name: Where the Shadows Belong
Author: Dani
Instagram: daniepisodewriter
Genre: Fantasy/Adventure
Episodes: 3
Description: Alexia has known the demon world for as long as she remembers, but still, her life was simple until she decided to join supernatural hunters. And you? Are you willing to join them?
Style: Limelight
Link: http://episodeinteractive.com/s/5012355304456192 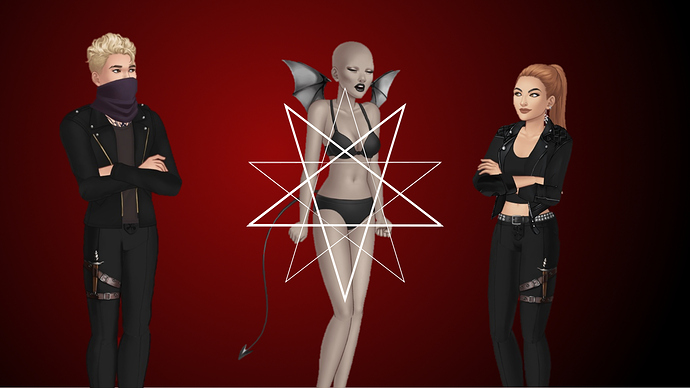