What are some things you hate in stories

I am writing my story, what are some things i should avoid.

Definitely flat side characters. Idk about anyone else but I don’t like it when the side characters are there just to make the MC look better.
Long walking. When I see a character taking to long to walk from some place to an another, I get bored. I don’t mean like MC walking while she’s thinking something but when MC walks from room to room in 5 seconds it’s just too much.

Moved to Episode Fan Community since Community is for discussion of specific stories. Make sure to check out our Forum Tutorial for more info about creating topics, and feel free to PM me if you’ve got questions.

Make sure that your story has a good plot. By this, I mean that you shouldn’t add “filler” scenes because in my opinion, that just makes the readers lose interest. A filler scene is just something that doesn’t contribute to the plot at all (ex: random dance battle that lasts for way too long). I hope this kinda helps

but when MC walks from room to room in 5 seconds it’s just too much.

I definitely agree with this. If it takes them that long to walk somewhere then just cut to a new scene at that point. There are other ways to do establishing shots then to have the characters walk through the whole location

I also agree with this (sorry I feel like I’m not adding much) but if a character’s sole purpose is to be an accessory to the main character then they probably aren’t adding much to the story. Make sure every character has their own goals, beliefs, motivations, personalities, etc.

Oh god. Definitely weird looking characters. I’m fine with characters in rainbow clothes. But not when they look like Wendy over here. 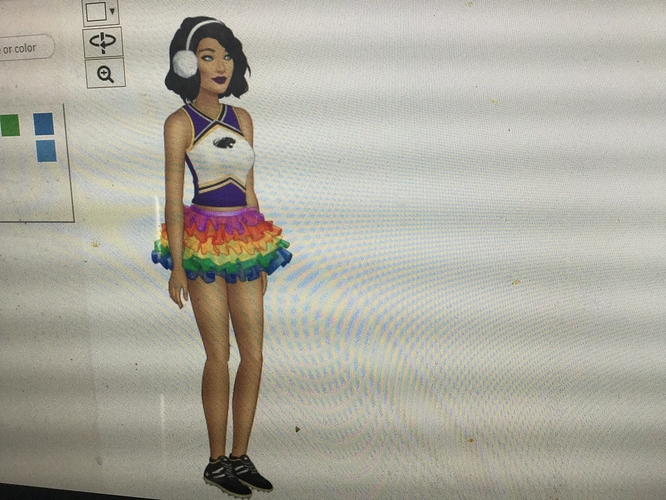 @AJ_PELZER Oh my god. Yes. I hate that. I always make the love interest look super ugly, some writer can’t tell me what to do!

Overuse of guns.
I get it America has their 5th amendment, but it doesn’t mean everyone can walk around with a concealed gun and use it in any situation.
Example, there’s a creepy gun using sleazy lines to hit onto you. Yes, he’s being annoying dick, but then the MC takes out her gun and aims it at him. If a police was there, she’d be the one arrested, not the sleaze. What if her gun went off or he didnt stop making cheesy lines, so she killed him. Really? She’d be willing to end another life because she doesn’t like to be hit on?
Some stories treat guns like they’re toys. In most cases unless you were in a life or death situation, if you pulled out a gun during an arguement, you’d never own one again. Or the MC being taught to use a gun as a child. Guns are not for children. I get it when she’s an older late teen, but anyone who allows a child to hold a firearm, is an irresponsible parent.
There’s also the scene where the MC shoots a guy, but IT’S OK. She only shot him in the arm. She had no feelings of guilt that she almost murdered someone.
Guns are not toys. They are for protection, not winning an argument. I’d like to see a story where an MC uses it in an arguement, accidentally kills someone, then starts to review how reckless they’ve been with them.