What are your pet peeves while reading episode stories?

I’m a picky reader sometimes and if I see a weird directing error or abnormality it can quickly turn me off from finishing the story for some reason.

I want to know your story pet peeves when reading!

(For example, another one of mine is when people give their characters the pitch black hair colour that only shows the hairs silhouette ( as shown below ) when the rest of the character isn’t meant to be a silhouette.) 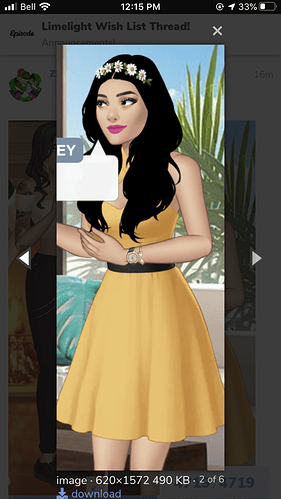 This post isn’t to bash any certain story though, so please refrain from doing so. This post is just for those who wish to share a certain quirky detail they notice in stories.

26 Likes
What are your Episode story pet peeves?
What are your episode pet peeves?
DISCUSSION: What are some overrated things in Episode you like?
Help for new people to forumS!
SpookySherry April 2, 2020, 4:23pm #2

I don’t like it when the zoom cuts off half their face. In other words, is veryyyy off centered

I hate that too. the hair looks so weird.

I also hate when they use wrong eye colours. a complete black person with blue eyes. or anyone with red or purple eyes, unleash it is a fantasy

Me too. It irks me when a scene isn’t centered to the characters or cuts someone off.

Cut off heads (I read on a tablet)
The silhouette hair is just… look at the actual hair color people, there is a jet black
When every character has blue eyes
Ashy lips. Lips should be darker than the skin, not lighter (unless they’re wearing that style of makeup)
Dialogue with non-talking animations (character is talking but their lips aren’t moving).

I agree a lot with the dialogue point. When they don’t move or visibly talk when there’s dialogue i can’t help but notice.

I don’t like overly emotional scenes in early episodes. I haven’t been acquainted with the characters, let alone adore them enough to sympathize.

a complete blakc person with blue eyes. or anyone with red or purple eyes

What if the character purposedly uses purple contact lenses?

Consistent use of incorrect grammar. It’s one thing if there are only a few mistakes, but when the entire story is basically all grammatically incorrect, I can’t read it.
It also irritates me when there is no use of punctuation. Like please, just add a period at the end of the sentence

Crap directing gets me every time. It makes me exit the story immediately if the directing error is a huge one that’s too noticeable or if it happens too often.

quite a common theme in the “new user stories” shelf

I avoid that shelf because of that reason. I do like supporting new authors but I find a lot of the time I can’t get through the first chapter in one of those stories due to directing issues. Attempting to find a new user story that isn’t like that.

and it’s almost always stories made on mobile, when that feature still existed

Quite a few things!

i actually needed this. now that i know some people don’t like the first episode having just customisation, i’ll just put episode 2’s content in episode 1.

really? Oh well, I hope I didn’t offend you or anything

I just meant since that episode is free, it is better to have actual content in the first episode

I did too. It’s eye opening to see what others see as a pet peeve while reading, i hoped this would help me fix some things to allow other people to enjoy my story in the future better but I’m glad it also helped some others