What is this error? 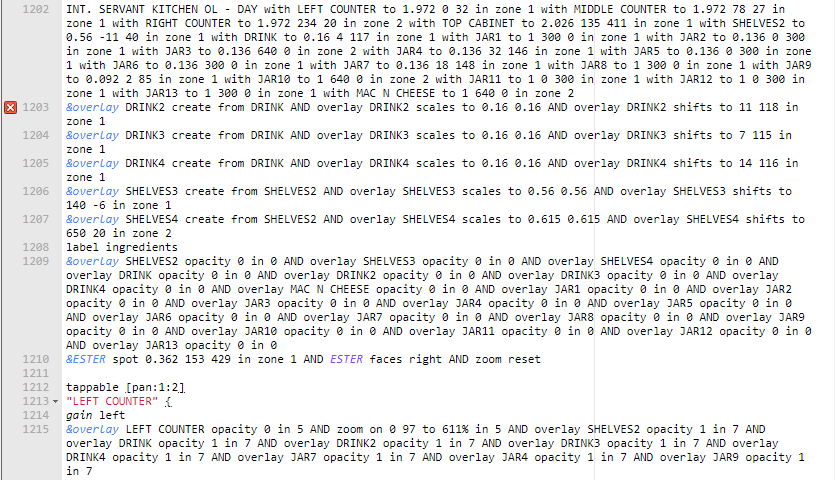 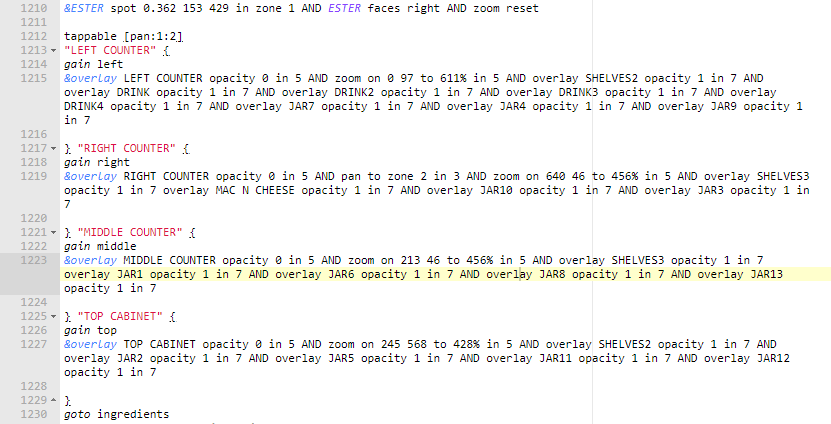 And also on line 1219, missing “and” between SHELVES3 and MAC N CHEESE

Now it says this:

Did you forget the word overlay? Check that line of error because the script thinks that overlay is a character.

I don’t think so. Here’s the script: 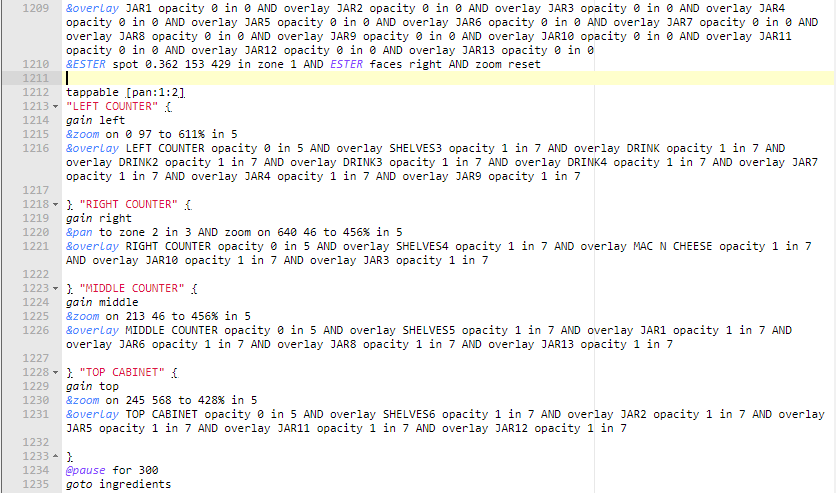 Hahaha I noticed it just before I saw this