What's the smartest thing you've seen your pet do?

I have a 1-year-old pug who is a massive attention-seeker. Out of guilt, I try to spend most of my time in the living room/kitchen (which is the only place he’s allowed other than the front/backyard) when I can.

When there’s no one but him in the living room, he likes to push this stool we have at our kitchen bar counter that screeches loudly when moved about because he knows that my family and I always check on what he’s doing whenever we hear any noises outside. And once he pushes the stool around for a second or two, he’ll rush to the door of whatever room we’re in to greet us the second we open the door.

That’s literally his way of getting attention. He doesn’t bark or make a mess of things for it. He just uses the power of manipulation.

One time my dog locked my mom out the house, I wasn’t there to see it but I believe it happened😂 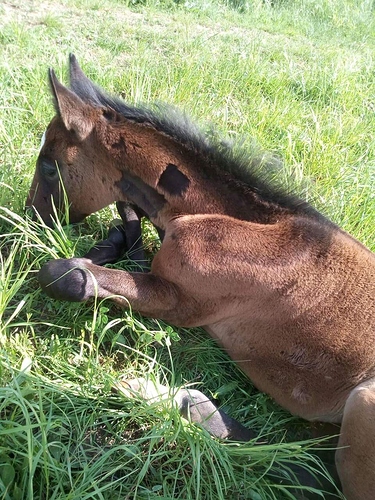 (but it’s more weird than smart

My dog has this slipper (that she stole from me) that she’s IN LOVE with. Whenever I run into another room or start walking a bit faster, she runs to hide that slipper bc she thinks I’m gonna steal it from her.

Every time someone in my family goes into the kitchen to cook, my pet bird knows that means that he will get fed soon

My cat’s act as if they are dogs

. They respond to there names and come over when called. They do one way fetch with plastic bouncy balls and will chase after them (still working on getting them to bring them back) and they are incredibly vocal. One more often than the others will actually talk back to you and have an entire conversation via cat talk

When my cat wants a treat, he will give me his paw at random times and will swipe things off desks when he’s hungry

he can even fist bump me

Both my cats are pretty dumb tbh. I guess although I didn’t technically see it, one of my cats went missing for 3 months and managed to travel 8 miles to our old house, which we hadn’t lived in in about 7 years. He dodged roads and managed to hunt food. He’s super old, lazy and daft so I guess it was the smartest thing he’s done.

My two cats know whenever we eat and always come running (I guess that’s smart?

Both my cats are pretty dumb tbh. I guess although I didn’t technically see it, one of my cats went missing for 3 months and managed to travel 8 miles to our old house

The first thing that I thought of is when I have to take my dogs outside. They’re both fairly old- probably around ten years of age…

One of my dogs seems to have a tough time hearing - and he (especially as of late) seems rather unaware of his surroundings and such, so he generally doesn’t get up when we say “Who wants to go outside?!” even if we’re directly (almost) yelling at him.

So, whenever we have to take the dogs outside, we tell dog A to go get dog B- sometimes we don’t even have to tell her- she just knows to go to him. She’ll run as fast as she is able to and starts to jump around him to let him know it’s time to go outside.

That’s a small example, but she is an incredible and intelligent dog. I love them both

Honestly the more I learn about people, the more I appreciate my dogs lmao

My gecko is a gecko, so her threshold of smart is lower than some of the others here lol.

She’s basically learned where food comes from (us) and where it goes (her food dish), so every time someone picks her up, she sits waiting for food to fall from the sky and land in her dish lol.

We’re pretty sure she watches us when we’re eating and wants to eat too, but that could just be the light and noise.

My security guards find it hilarious that our cat literally walks me to the gate every morning on my way to the gym. He’s not even technically my cat (he’s the neighbours), but he pretty much lives at our place. He waits outside our house every morning.
It’s getting a bit brighter now that daylight savings is over so now he’ll still walk with me, but he’ll hide in the bushes like a camouflage cat

Not sure if this is actually smart but I find it amusing.

i also have a pug!

she’s not the smartest lol, but sometimes when she barks it sounds like she’s saying her name

My Russian dwarf hamster Soup can follow a almond on a stick. I made her a maze and she kinda didn’t appreciate it- she’s a b*tch tho, daughter like mother am I right or am I right.

My cat Bambi was exploring and she found another way to get in the attic. A way that my family and I didn’t even know about.