Where is this coin from? 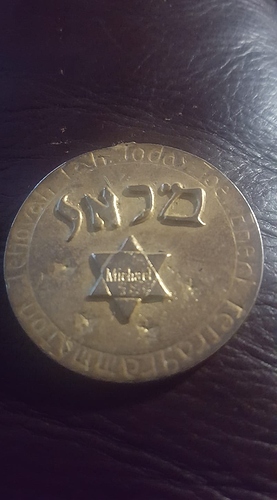 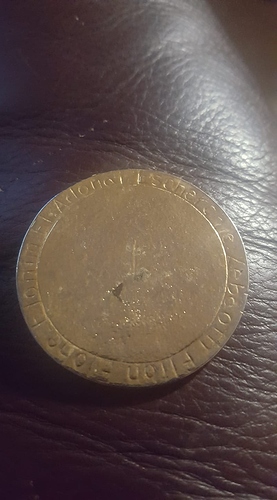 Looks like it’s from Israel maybe a shekel or sumthin of that kind. I’m not sure tho but the writing is Hebrew and it looks like an arab coin since they similar

Hmm crazy, my grandma found it out by her trash can and she doesn’t really have any neighbors and she lives in American in the Midwest

wonder what it was doing there

Israel?
I think that there’s Michael written in Hebrew on it, so it’s probably a souvenir coin.