I tried to do a poll but I don’t know how. Anyways, I had to do a new cover because of guidelines and because I suck at it and can’t decide, which one looks better. 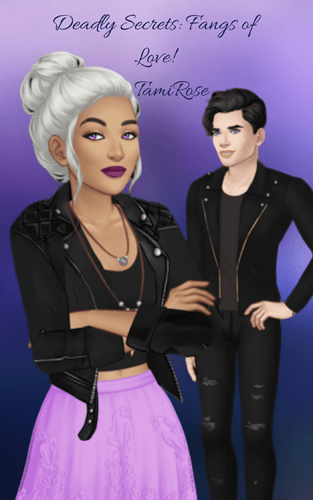 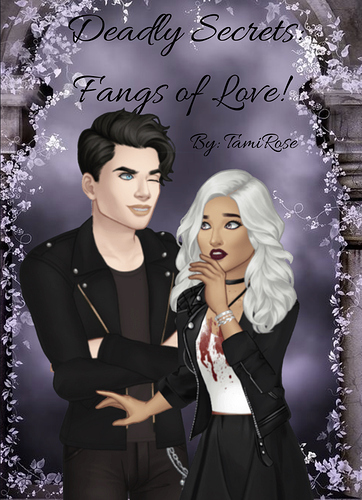 Sry y’all but I had to add this one. Thanks to everyone who’s voted and gave their suggestions

and thanks to @EliseC for the fonts 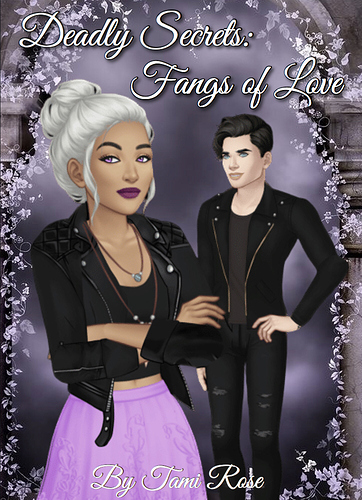 Oh my gorg the first one!

Thank you. I’m a lost cause

I’d say the first one looks better. I love the colour scheme and their position and expression a lot.
Maybe you could make the title a bit bigger so it’s easier to see it, but both are lovely!

Thank you haha I thought the title was a little too small. Appreciate the feedback

Definitely B if it were less blurry! X

Maybe the first one, but with the second one’s background?

Thanks. Hopefully it’s not blurry now?

B, although I’d personally make the font stand out more.

You mean changing the color or style? Or both?

Probably both. Just IMO (and I’m not artistic btw so take anything I say with a grain of salt lol), the title doesn’t really pop, especially on that background. 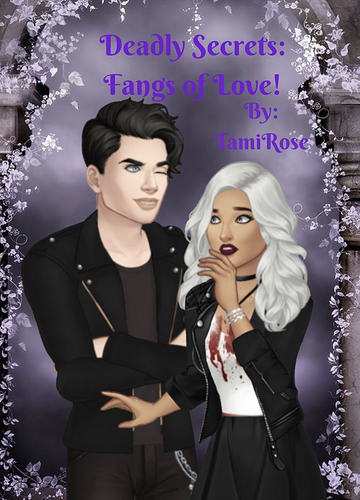 but I just feel like the font could be more eye catching? Like this? (But obviously ignore the fact I blurred your text out

and it could be better. I chose the fonts quickly.) 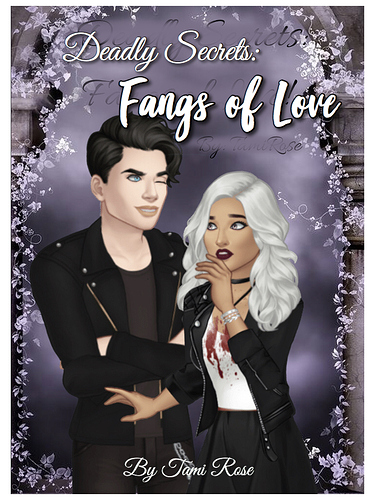 I just find it a little hard to read in both cases and if it doesn’t stand out at this size, it will be harder on the app.

Omg, I love that version.
I actually chose A because B was too blurry to mee, but with the better quality and the new title I think this version is awesome.

I would put “Fangs of love” more to the right though

would you mind doing the title for me then? Sometimes I get stuck in a funk and can’t figure it out. If that makes sense haha

I don’t mind at all! Just send over the image without the title.

Did you want it all in the same font style? Same colour?

I know what you mean. Sometimes when you stare at an image too long as well, it just starts to blur lol and then you really get stuck