Why I do not like the term "toxic masculinity/femininity"

That’s all I gotta but let me know what are your thoughts?

I haven’t really heard people use the term “toxic femininity” before because, while any gender role can be toxic if it’s forced on people who dont embrace it, people don’t often associate femininity with violence.

I think toxic masculinity is definitely a thing, though. Men are told to repress our feelings constantly and are shamed or mocked for seeking out supportive relationships even though every human being needs some form of strong social bond. I’d definitely describe associating masculinity with emotional repression, violence, and shaming men who aren’t (hetero)sexually active as toxic. From my understanding, it isn’t that all masculinity is always toxic, but that society often treats masculinity in toxic ways.

I do see where you’re coming from on this.

That’s annoying, yeah. Curves and facial hair aren’t always something a person can control, so it’s especially screwed up to shame someone for things like that.

True that. Same with heights. I’ll never understand why women are so interested in super tall men.

masculinity and femininity is not toxis in it self. but in same way as a toxic reletenship people make it that way.

femininity. wanting that woman should be able to do the same as men. or woman not fear men
toxic femininity. men should just DIE. wanteing men to fear woman

I haven’t really heard people use the term “toxic femininity”

You don’t talk to many anti-feminists ^^ I say this a lot X’D Never on the forums because it hasn’t much come up, but I’m super guilty of saying “toxic femininity” since no one else really talks about it. I usually go with something simpler, saying things like “Women are evil” and things like that, X’DDDD

Disney has a ton of “toxic femininity” in it LOL

I think what @line123462 meant to do was give examples of both toxic femininity and masculinity, saying this is what this toxicness means to them. Correct me if I’m wrong @line123462! ^^

If that’s the case then I apologise for taking this out of context.

Not sure if you have paid attention to these things but basically people use the term toxic to describe both masculinity and femininity.

Yeah ^^ I don’t think it really exists, it is kinda…more of a way to make fun of people making a huge deal out of men who are masculine and saying they have toxic masculinity. I agree with OP that toxic masculinity AND femininity is a ridiculous idea. Some people are just toxic, I don’t think it has to do if whether they are masculine or whatever ^^’

Just another way for people to attack men, it seems

Everytime I see it brought up, it is never all that reasonable. Just me, though.

you are absolutely right

I feel it’s real. Like misogynists saying, “Women are supposed to cry!” But the opposite for the guys

I’ve never heard anyone say that. I’ve heard someone say “It is okay for a woman to cry, but it is not okay for a man to cry” - I wouldn’t call that toxic masculinity personally. Just seems like an ignorant double standard.

I have never met a man that has not cried for some reason. Being in pain, his mom died, he’s having memories from being at war overseas…things of that sort. These are military men, the manliest of manly men, you know? I realize I may be biased a little, but I’d need a lot of evidence for toxic masculinity and femininity.

I mean, no one specifically says that, but it’s implied. That’s what I mean

Ooh…I mean, to be 100% honest, I’ll take your word on it. I don’t get implications very well. I take everything at face value O.o X’DDD

I’m sure there are some people who think that way. I’d call that…like slight sexism maybe. shrugs 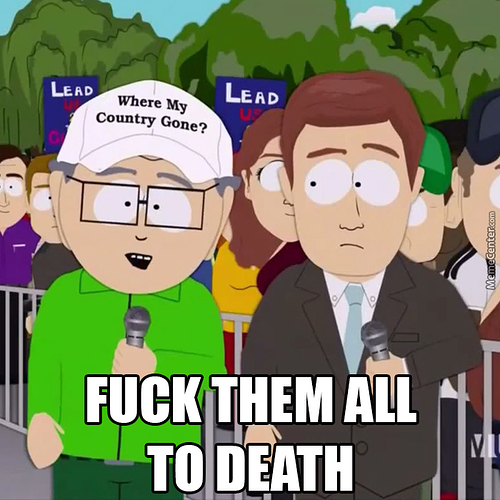