Why is a warning there in my visual CC template?

Hey Guys! I have been coding a visual CC template for my episode Fairy tale contest entry but there have been some problems and I don’t know how to solve them. The inspiration to do this came from watching Dara Amarie’s visual cc template and @AndreaT 's Genotype. The problem that is occurring is that even though I am clearing the overlays in the warnings it shows that I have created multiple overlays and there’s an error. I have tried everything from using the ‘&’ symbol to ‘@’ symbol to clear the overlays. I have also put them in a single line command along with other overlays but that also doesn’t helps. Here are some pictures to help you all visualize the problem :
The overlays create command picture : 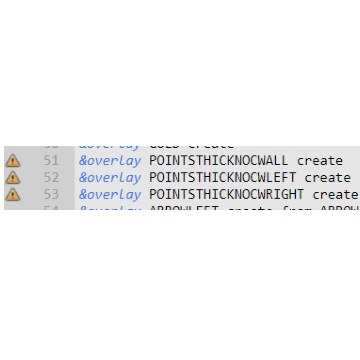 Here are the overlay clear commands : 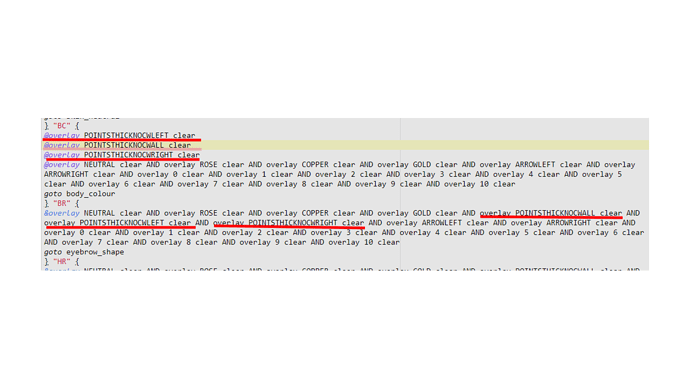 Here are the warnings : 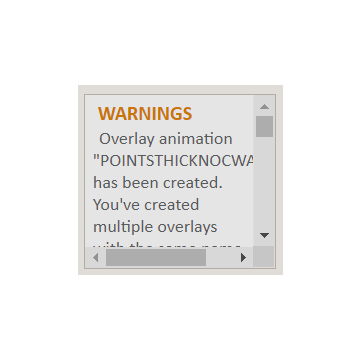 The warning says :
"The overlay animation “POINTSTHICKNOCWALL” has been created. You have created multiple overlays with the same name in your script; any animations will only apply to the most recent one. "

The full images of the screen : (The overlay creation command) : 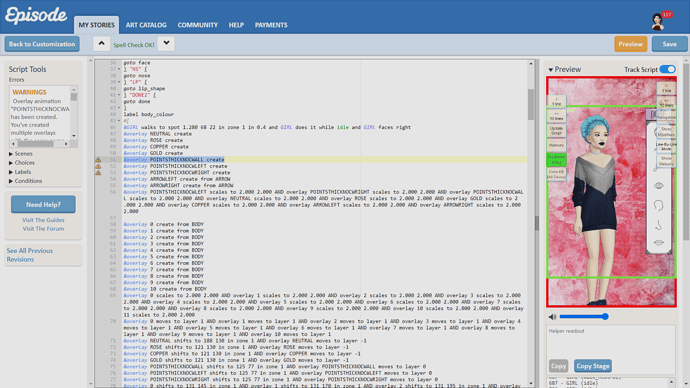 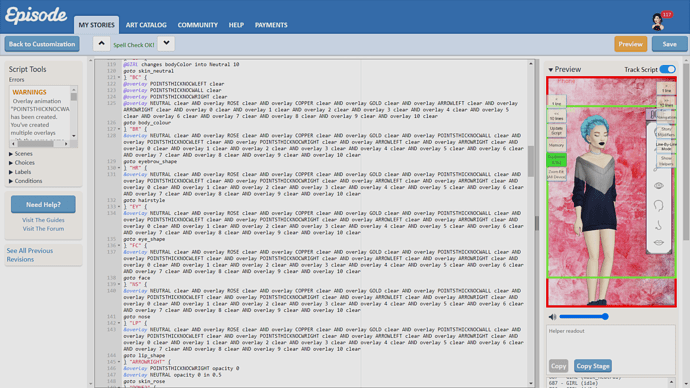 How will I remove this problem? Please help.

The concept of the template is that there will be tappable overlays everywhere. If the person clicks on the eye icon while she is customising the hair then the script will take her to the eye label and she can customize the eye. The labels are constructed like this :

I have just given a basic sense of the script there are far more overlays to be cleared before going to other labels it is more complex.

Any help will be very much appreciated and I’ll be very grateful!!!
@Farah_DeSantis and @JemU776 your help is also valued a lot!!!1

Hmmm… its bit blind shot, but I experienced also some problem with gotos and labels not carrying the infos I wanted …so if I apply what I do on the overlays…