Why Isn't This Working?

Get rid of the @ after the second LAZRIA

Can you send a screenshot of your script?

If that doesn’t work, we’ll need to see your script.

Alright, can you screenshot your script. What happens exactly? 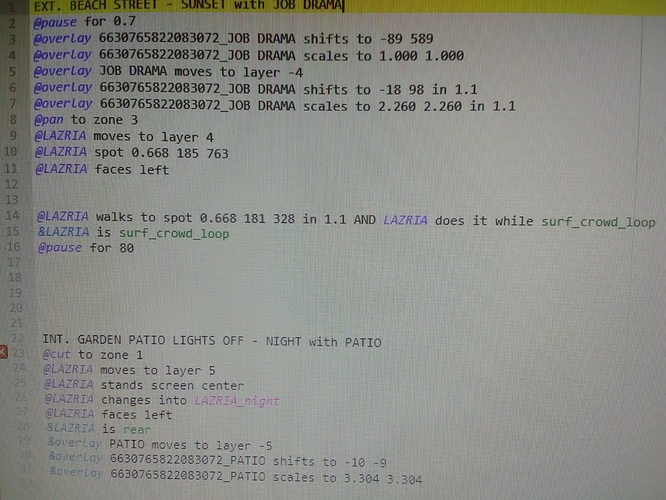 I was about to ask what goes wrong exactly. Just looking at that I think it should work however, does Lazria pop onto the screen?

Hey do you think you can help me one more time

I’m using overlay create it won’t appear, and all I did was put overlay PIZZA create

Do you have all of those commands?

You need to do that if you’re adding the overlay into your script that way. Then it should work

. You did that in your screenshot above with the JOB DRAMA overlay.