Why Some people have racism

This post is to talk about why certain people may be racist to other people.

These are based on personal experiences and things I looked up online and I do not agree with them at all.

I didn’t know some of that. That’s good to know.

Then again, there are so many more reasons than just history. It’s the environment and the diversity in the area you love. According to studies, places with more diversity have less racism, since people often have friendships with people from different ethnicities and backgrounds.

And there are also the stereotypes.

For African Americans, there is still tension even today between white people and black people unfortunately. Segregation and discrimination was so prominent in U.S, history. And to this day, there is still so much racism going on towards many people of different races.

Change can be difficult, but it is possible, and we should all strive for it.

Don’t do that:( you don’t wnana live your life worrying. I understand it’s difficult because perspectives are so heavily inflicted by societal standards like racism etc, but all skin colors are beautiful. I can understand because I get scared to go out because people are now racist towards Asians during this pandemic, but if you wouldn’t give your time to a bad and toxic friend, why care about the thought of others who barely know you and only judge you for your skin color?

When I was a kid I didn’t know my mom’s family wasn’t white(my mom and her family are from Cuba but she is really light unlike her family), so I thought something was wrong with me but now I understand I got my Cuban side genetics

I’m sorry to hear about those horrible experiences. I know it’s hard, but all people, skin colors, and races are beautiful in their own way.
There is no need to change yourself. Racism needs to change; it needs to be gone.

Your ethnicity is unique. I used to be ashamed too! But I actually grew to love my asian culture!
The roots of your ethnicity, the clothing, or the food, or the music or anything that comes with it is different and different is amazing

Racism needs to change; it needs to be gone.

Immediately, people, we only have one world to live in, peace is the only key everyone needs in their life, stop with the hate, love each other regardless of who you are, your sexuality, your skin, etc. We are equal, we’re different, but come on, stop with the negativity, if we don’t then the world will be screwed. There are a lot of good people in this world who wants to make a difference, stop hate, love each other, accept each other, cause if we don’t, we’re going to destroy this planet…

Thx for the support

Change can be difficult, but it is possible, and we should all strive for it.

Now, so I’ve heard that my people, Bahamians, are being discriminated in China. So, all I’m going to say is, STOP. We’re all human beings, equal, enough with the hate, accept the people in your country, offer them just a shelter until they can come back home, (which they are home), and just be there for someone, even if you don’t know them. Come on, people, move away from your wicked ways and turn to positively. Enough is enough.

Some people… the discrimination is so unnecessary. I just don’t get it, what do they want out of being racist? Like, what good reason does anybody have for discrimination other than psychopaths or sociopaths or like actual crime?

People, don’t think before they do something.

Fr, it costs $0 being nice.
What’s the point of being racist, homophobic, etc… we all human, we all breath, we need to love each other. 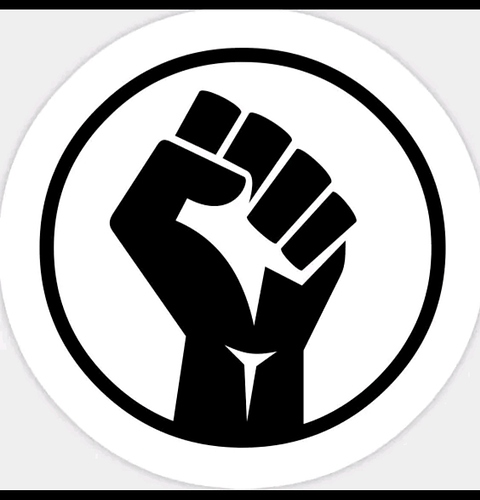 people are just dumb and that’s that

it’s the racists loss if they can’t see how difference is beautiful.

Honestly I didn’t experience racism till a few weeks ago when I went to visit my friend of color and their grandfather started cursing at me. But my entire friend’s family apologized and we’re good now,

So I agree racism needs to stop!

Even if you were white, it does not make you have something wrong with you.

It just means that You got dark skin and a white biology. You alright.

I’m black, and the racism i faced when I was I younger practically made me suicidal. It was getting too difficult for me. I love my skin color and my heritage but people of ALL races including your own calling you names, saying they don’t wanna date you etc. People don’t understand the effect racism has on people. It guarantees what job you get, the way people treat you, your relationships etc. I had to break up with my white boyfriend because his parents didn’t like the fact I was black. Nobody can tell me that racism doesn’t exist because it does. And it ruins your life