Will someone read my first episode 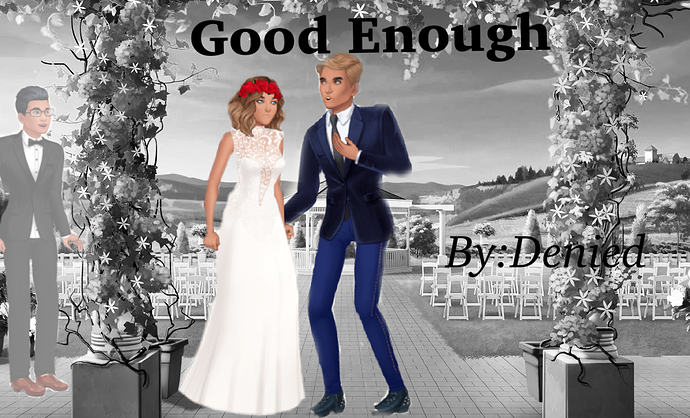 The Best Stories Are Worth Sharing: They Just Don't Know You (LL)

It was very short you could of explain a backstory when he was with (The Name I chose: Honey) I could still hear the car sound when they were in a hotel.

The episode was short i agree on that, also I could still hear the sounds, maybe elaborate more on the story itself, maybe clarify more on what going on in that moment. But the drama was there, and I like how the MC is getting involved, like customization and getting to pick the name.

Hello @AMagic @SASB I was wondering how this sounded.
MC find a dvd tape and on it she sees who he i cheating with

YASS, that would be amazing!!!

In the episode the MC says:

“Well, you didn’t make it hard to find out, all the secret phone calls and and texts.
The secret meetings when all you were actually doing was going to sleep with that tart.”
So it would seem like someone taped/recorded the affair and showed it to the MC?

Scene 4: EXT. WEDDING AISLE - DAY
Jay: Erm, Priest could you give us a minute

SCENE 5: EXT CITY HIGHWAY LOOP - DAY
Stacey: Nothing. You did absolutely nothing. I cannot have you think that

Besides that everything else has been stated, Yes it’s quite short but so far the story line could look promising.

It’s very short lol. Please keep note that punctuation is important, commas, fullstops/ periods and whatnot, they’re the key to the flow when reading, and placement is also very important. Please refrain from placing them randomly.

For dramatic flare, you could add a scene where it shows a bunch of people sitting and watching the ceremony, and as the MC says all her blabber like how she knows that he cheated - the audience gasp andthen some people insult the groom.

The bridesmaid could also be more supportive at the stand, you could add dialogue to her like “I’ll tear you up into little fucking pieces, I can’t believe you cheated on my best friend!” Something like that if you will.

The background was very still, the priest and the bridesmaid looked very calm in the situation, you should add animations to the both of them so the scene would look more lively, for example as soon as the MC says “You thought I’d never find out, huh?” The bridesmaid and the priest could gasp in the background.

If you’re going for a comedic route, the priest could say something like “Not again.” “GARY! IT’S THE FOURTH TIME THE BRIDE FOUND OUT THE GROOM WAS CHEATING!”.

And I know it’s great that you started with the dilemma, a lot of stories do that, so I assume that this episode is not done and you’ll soon write the context to it.

Keep up the work. There’s a lot of improvements to be done.

And the grammar could be better. You could always ask another “veteran” writer to give you advice/ tips.

If it’s a sound effect then it is sound off

I had an idea that she gets a video tape sent to her anonymously and she finds out who it was with.

For dramatic flare, you could add a scene where it shows a bunch of people sitting and watching the ceremony, and as the MC says all her blabber like how she knows that he cheated - the audience gasp andthen some people insult the groom.

Do you think it would work if I used

Not again.” “GARY! IT’S THE FOURTH TIME THE BRIDE FOUND OUT THE GROOM WAS CHEATING!”.