Writers portal messing up and lagging

Is anyone else experiencing bad lag with the previewer on chrome? It only started up an hour ago but I’ve cleared data etc but still the same. 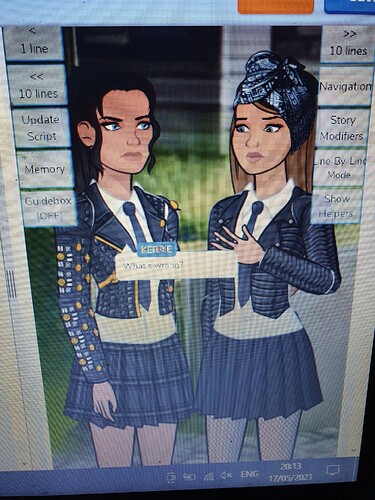 I’m also having the issue with the names being in yellow and red which I’ve never seen before.

For the name thing I noticed it in this thread with the screenshot they posted.

So you aren’t the only one with that one but for the other one the portal is basically slow all the time for me.

I’ve seen countless stuff ups with the web previewer for different people but I haven’t seen any solutions that worked for everyone.

Good luck though, I hope it gets fixed for you whether it does it itself or you manage to find a way.

Thank you im hoping its sorted soon because I’ve tried everything and it just seems to be episode portal loading slow on all Web browsers even on phone browser its the same.
Was fine in the morning but come night its like that.

Just thought I’d reinstall Firefox as it’s still messed up but seems to be working on Firefox.

Does it work now?

Is your scene with lots of directing?
Also laptops usually lag, unlike computers love (episode lags on laptop for me)

It’s the whole episode/story for me, I’m writing 2 stories where one I have no warnings at all & the new one all I have is warnings throughout the episodes. I use a laptop & episode seems fine on it

Can you show me? I might be able to help.