Your opinion matters to me!

So I have released my very first story and would like to know what you guys think about it?
Like give me negative/positive feedback I total won’t get hurt or anything because I am looking for honest replies/feedbacks

Here is its description:

Title: Love is always Blind
Author: Rand Nasan
Description: Summer has come and a magnificent trip is on the way, however, would it go as planned? or would life interfere and flip everything upside down?
Style: LimeLight 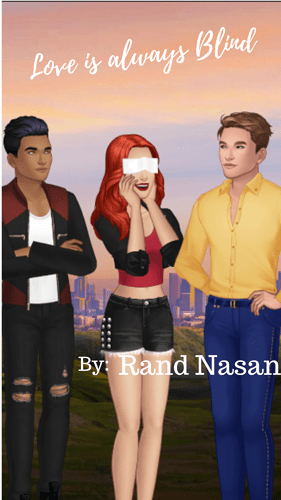 I would truly appreciate your help!!

Hi so here are my thoughts.

In the first scene MC speachbubble points actually on the girl in distance.
When Shade talks MC is stil making talking animation…samec with mom talking to MC…I wuld sugest to check this and put all non speaking character to do idle animationd while other is speaking.

Also you often do not have full stop at the end of sentence.

In car you use wrongly @ & .MC apears from nowhere in car and than comes fading - weird. The fading iais wrong on more places first we see the scene for short time and than fading comes…again wrong using of & @ I guess - for example on the airport on begining and after the CC of LI. being honest it starts to be bit annoing for me as reader.

In the paris reastaurant the speachubble above ETHAN is weird should be more higher and cycle the tail so it points down on him.

LOL I know why you did it but anyway the manekins floating in air in the changing room looked bit creepy.

In general to your writing and story telling - (for 1 chapter)

I kinda missed what kind of relationship MC has to Ethan .I mean are thay firnds or just schoolmatest? If thay are friends it seem it would be better to show this more up. To make it more clear.

also MC sais she is all awkvard around him but actualy this was not happening on the trip - which I see as bigest flaw of the story…I have chosen to walk with him and I didnt had a second feeling she is nervose around him…from the animation it more looked like he is bit nervouse around her.

It was sweet but honestly due to lack of some trouble or anything interesting happening the whole walk with ethan was bit boring for me.

but the clifhanger at the end was interesting ad rised mine attention.

In general - from directind I would most look on 2 things

From writing point of view.
I believe you have potential - your story make sence there are no big ilogical gaps and the dialogues were smooth.
But I would sugest to redo the interaction of MC with love interest - is she tends to be awkvard around him let her be so show me this add there some scenes where she dont know how to react on him so I as reader can feel her incesurity about this guy.

First and foremost Thank you so much!! this truly is of so much help!!

I did notice the transition thing yet didn’t know how to fix it and I have asked around with no answer so thought of trying in the second and third episode something else but didn’t work so I took them out in general…although I feel it looks weird a bit in some scenes so I stick to fading out only since the fading in isn’t working anymore with me.

I will surely use your advice about making Ethan and all men in general taller than any female character and making other characters idle when they aren’t speaking.

Great! Will use it in my upcoming episodes!

thank you very much