Hi everyone!
In some stories I’ve noticed that you are able to click on a character and it automatically puts you into a customization scene.
I don’t know if this makes sense but you actually click the character and you can customize???
How do you do this?

you mean like there is no visible choice and CC stars after TAP on character?

Than it is most likely done as tappable minigame - you have transparent overlay above the character that can be tapped.

What’s the coding for this? I’m very new to this haha

Do you create the overlay before the choice or during the choice? 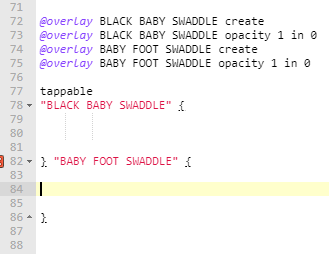 and inside the choice you have to write what should happen after reader taps it.

do you know how lables and goto works? Because if you will CC 2 characters you will need to retutn to the tappable game to choice whoom to CC

i have no idea how labels and goto works

lol OK than you are up to bit advanced stuff now.

OK so label is basicly marked line in the script… like a code word.

and goto can send reader to that line from every part of the story.

the goto and label must have same name

To your template dunno how many characters you want to CC 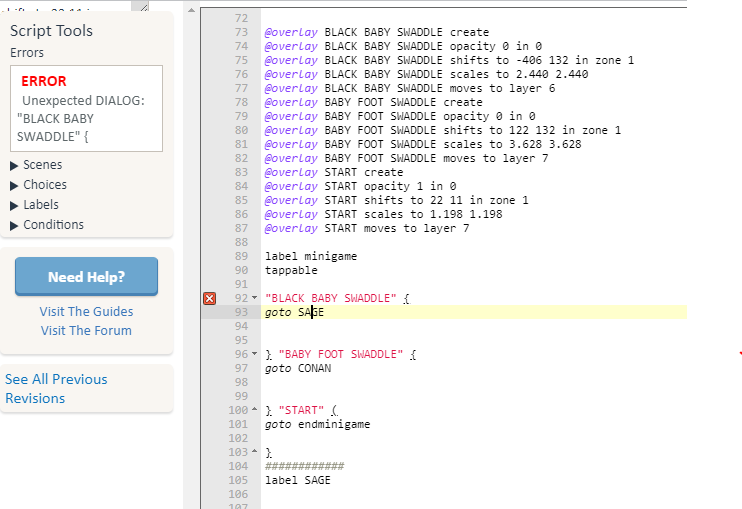 image742×509 25.8 KB
okok i tried to do what you said but it is still coming up with this error?
okay i fixed that i forgot to connect tappable, im still struggling so ill respond if theres another issue
astronomics January 27, 2021, 10:18am #11 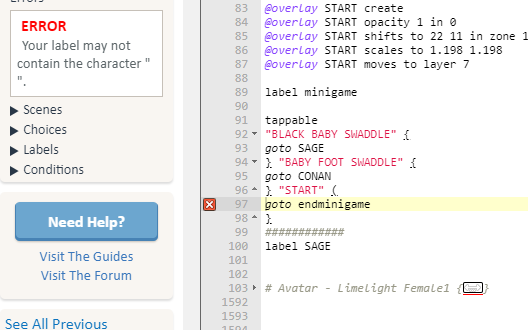 ok i dont understand what this means… 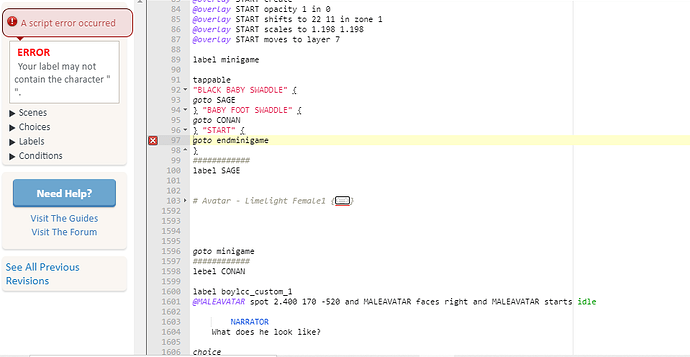 try to rename them for example on CONAN_baby